You knew this was going to happen right?  And, can anyone explain to me why it’s a banana doing the dance?

If  you’ve been around for a while you know I love back to school time.  Summer is a’right I guess, but fall is where it’s at.

And so, in the tradition of new school shoes and fresh notebooks, I give you this year’s lunchbox treat. 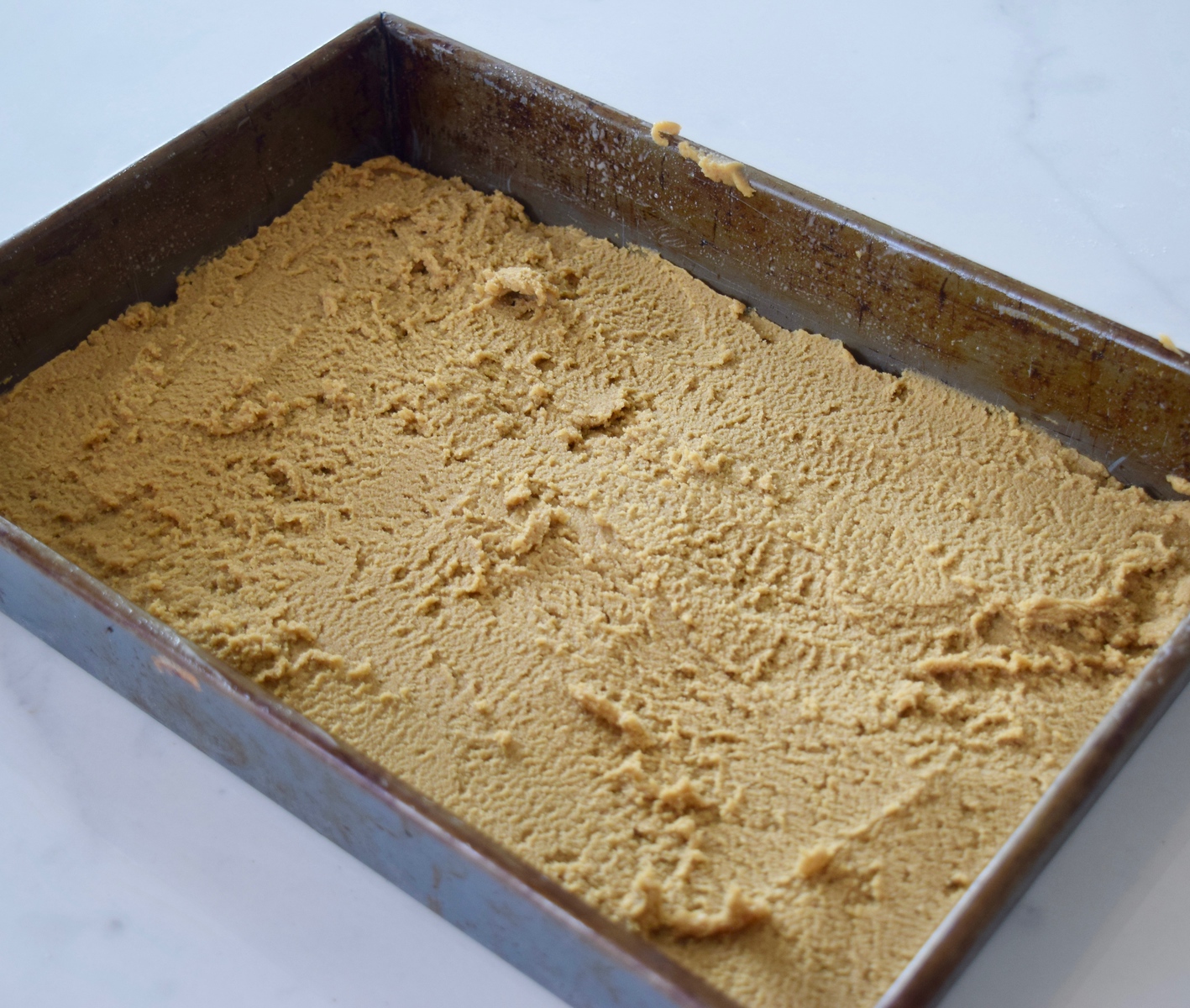 What could be more back to school than peanut butter and jelly? Turns out, most things–unless you want a call from your child’s principal about breaking the nut free zone policy. 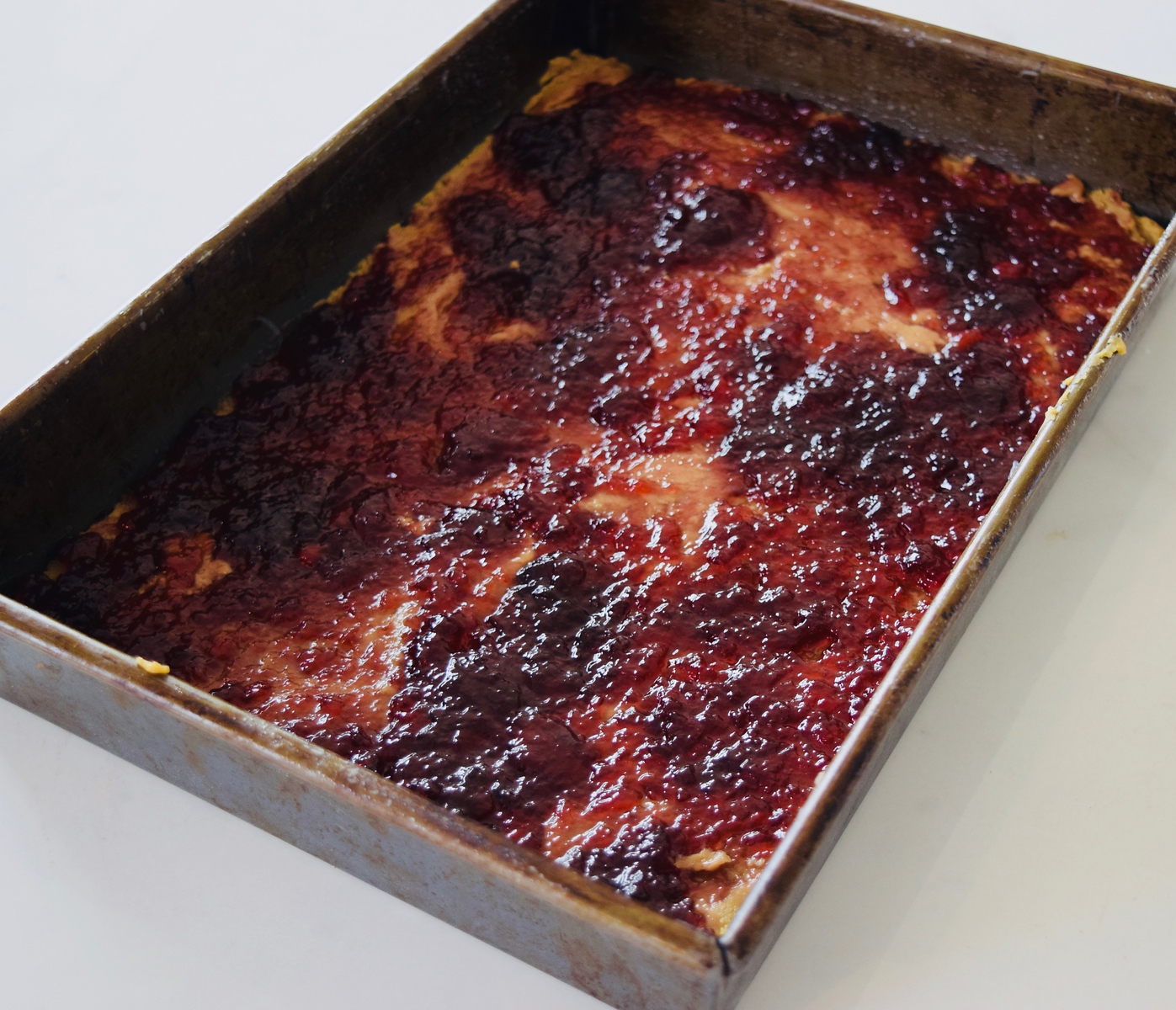 This is where sunbutter saves snack time.  Made from sunflower seeds rather than tree nuts or the dreaded P legume, some schools allow this creamy (or crunchy) peanut butter stand-in.

Paired with your jam or jelly of choice (you could even wax healthy and go no sugar added), these make a hearty school lunch or after school treat (and will save well for care packages).

In fact, I’m pretty sure that if you fed one to a kindergartener, they might not be hungry until the fifth or sixth grade.

Happy back to school everyone!

Ah the caramel slice, or, in Misanthropic Hostessland, the baked good formerly known as JB Bars. 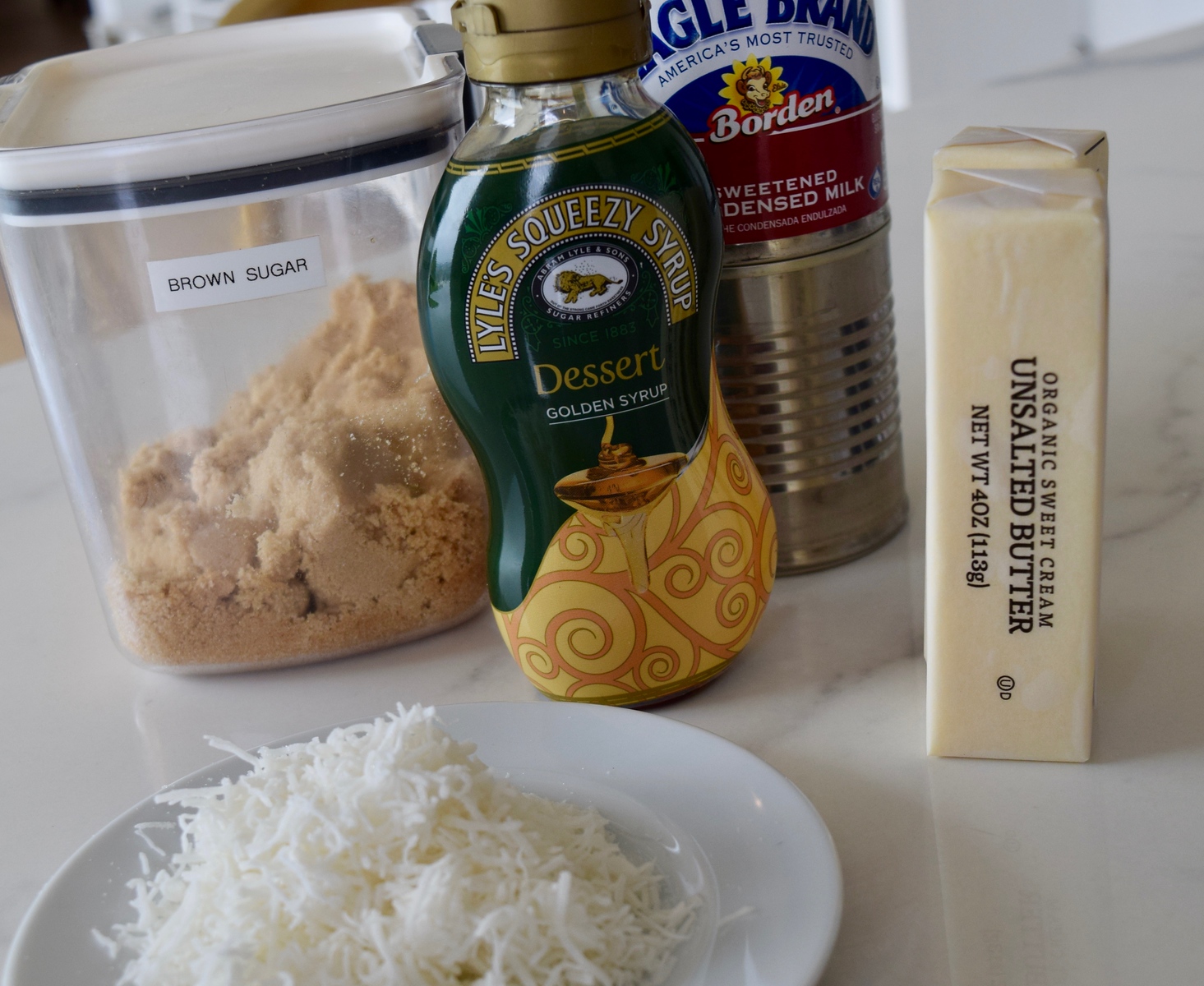 Way back when I first encountered these, I thought the middle was a penuche, or brown sugar fudge. While I’m a fan of the penuche variation, the mana-like substance that makes up the middle layer of this variation is actually a caramel made of sweetened condensed milk. 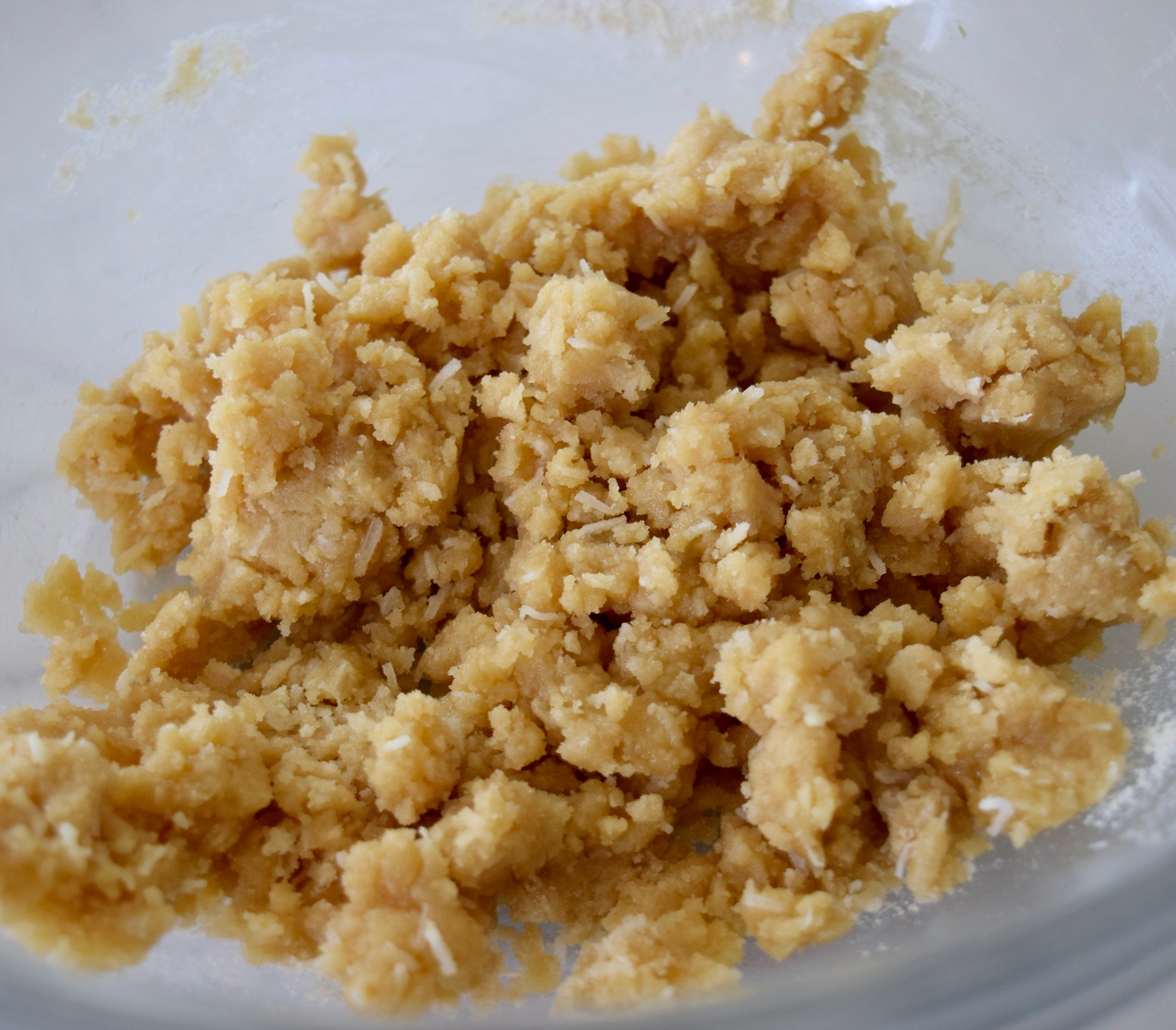 Ah!  Now I have your attention. 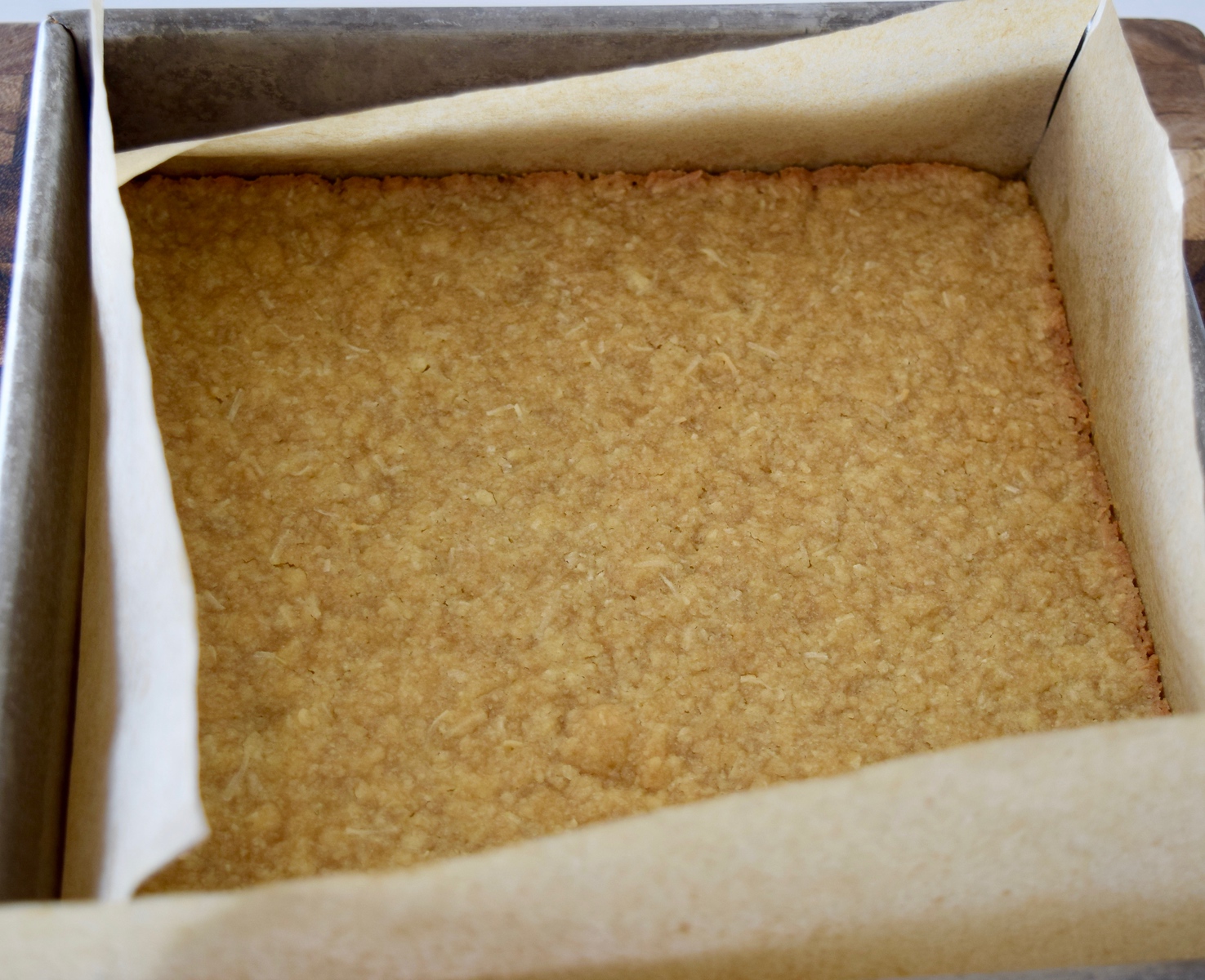 In this take on the treat, the shortbread base includes coconut.  If you haven’t already clued-in,  coconut is like the Australian version of Frank’s Hot Sauce.  They put that s*&t in just about everything.

But back to the caramel.  In this version, sweetened condensed milk is heated along with some butter and golden syrup (also in everything Australian) until everything is combined.  Then it is baked on top of the shortbread base until it looks like Deadpool without the mask.  Trust me, though it be ugly, it’ll taste exactly like you imagine Ryan Reynolds tastes.

I had a tough time getting this part just right.  I went through four iterations before I was brave enough to leave it in the oven long enough to let it set up.

Once cooled, the unsightly caramel gets a gorgeous layer of chocolate. 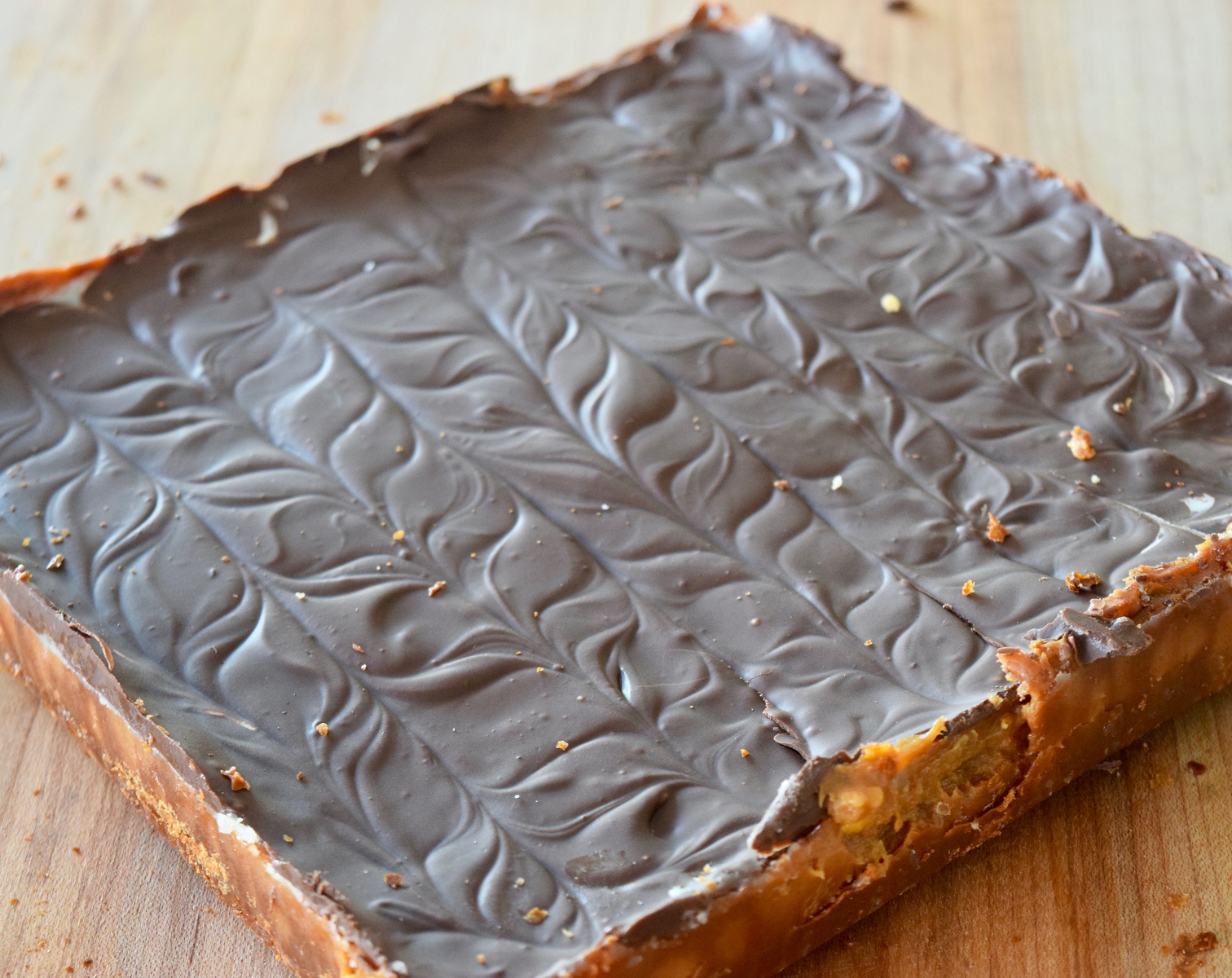 The recipe below makes a 9X9 inch square.  It won’t seem like enough–but –cut these into 1X1ish inch squares.  The term decadent could take a lesson from these bad boys.

Store them in the fridge.  However, they’re safe at room temp (they’ll just loosen up a little…kind of like I do when thinking about what Ryan Reynolds smells like). 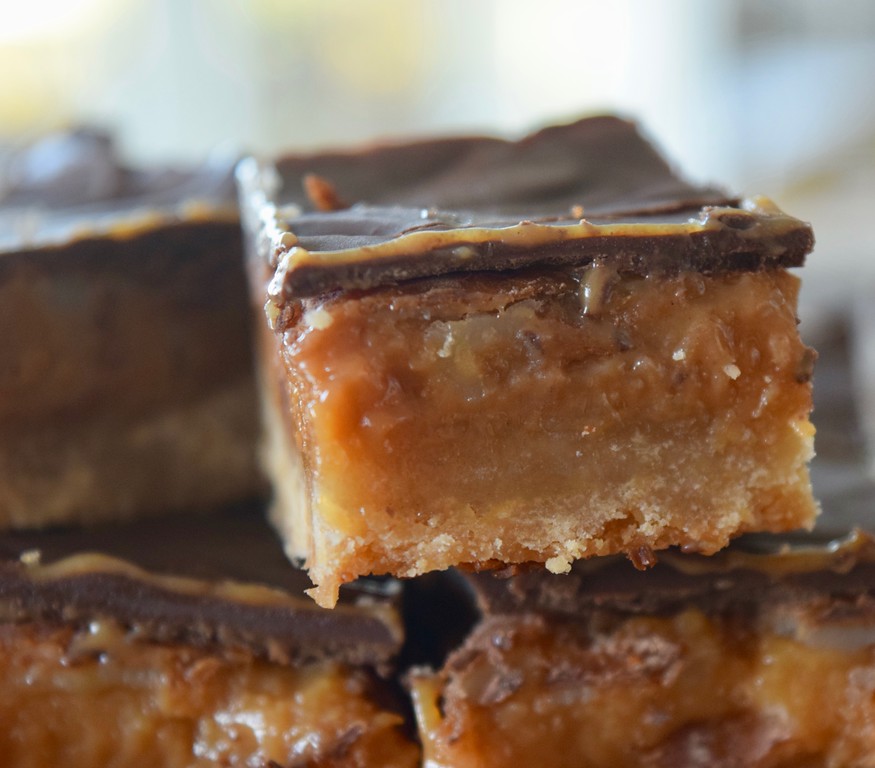 Speaking of Ryan Reynolds–TD and I saw the most recent Deadpool movie in Australia.  Guess what?  Not the least bit different from going to the movies in the U.S.

Recipe cobbled together from several.  Read through before you start baking!

for the shortbread base

I spent the first half of my trip to Australia in Sydney for work.  We were based right in the middle of the CBD with access to all of the great shops, restaurants and, of course, coffee spots.

Australians take their coffee very seriously.  Home of the flat white, Australia has a vibrant coffee culture and with it, all of the bits and goodies associated with a strong cup.  It was early in the week and my travel partner (and frequent Australia traveller) noted that she was on the hunt for a melting moment.

“A what?” I asked as my 15-year-old-boy mind immediately went somewhere sexual.

Much to the disappointment of my pubescent brain, a melting moment is not a sex toy, but a sandwich cookie.

Often lemon, these little treats entail two shortbread cookies that bookend a generous dab of buttercream filling.  Once identified, I saw them at just about every coffee shop, bar and kiosk, often stacked invitingly in big glass jars.

Turns out, melting moments are also known as Yo-Yos.  In fact, they are the first recipe in Yotam Ottolenghi and Helen Goh’s 2017 volume, Sweet.  Helen Goh is the pastry chef for Yotam Ottolenghi’s namesake restaurant, Ottolenghi, in London.  And, she’s originally from Australia.  This is a fantastic cookbook and while it was already sitting on my shelf before I left for Australia, it wasn’t until earlier this summer–and after I made the batch shown here–that I discovered her recipe (more on this cookbook and my current favorite chocolate cake in a couple of weeks).  The recipe below is actually modified from a mango version I found on Food 52.

Now that I know about Ms. Goh’s  Yo-Yo recipe, I promise to make them as well.  In the name of research of course.

adapted just slightly from a recipe for Mango Melting Moments   by Emiko on the Food 52 site.

For the lemon buttercream:

Continuing our tour of Australian treats!

While it was delightful pursuing the long rows of fresh produce and authentic Australia goods (kangaroo paw anyone?), our true fascination (read infatuation) was with the collection of tiny fine goods stalls in the original building. 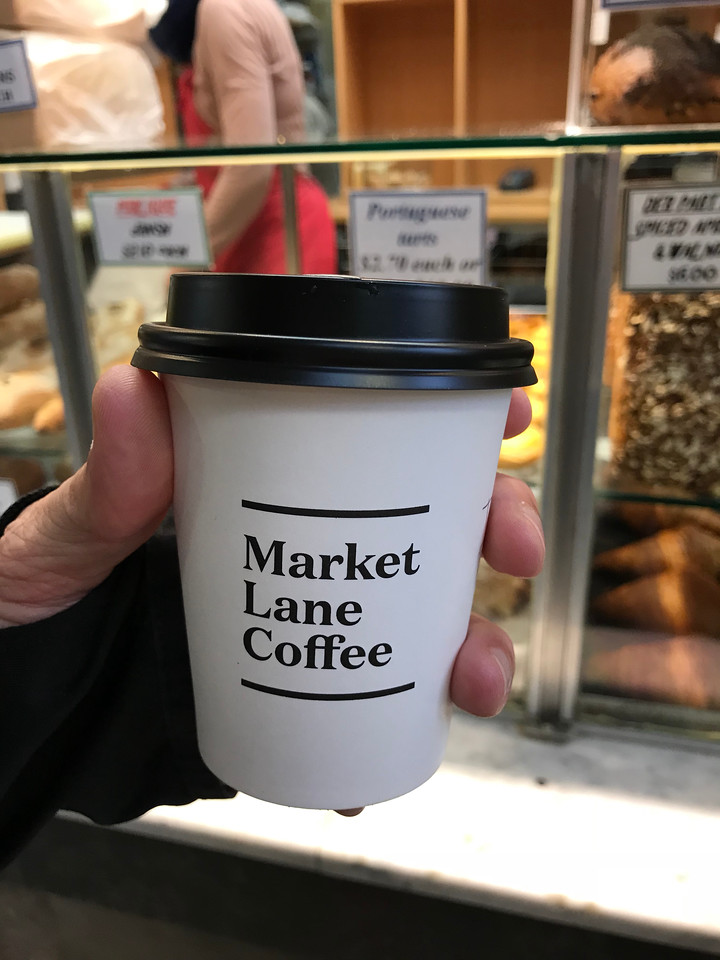 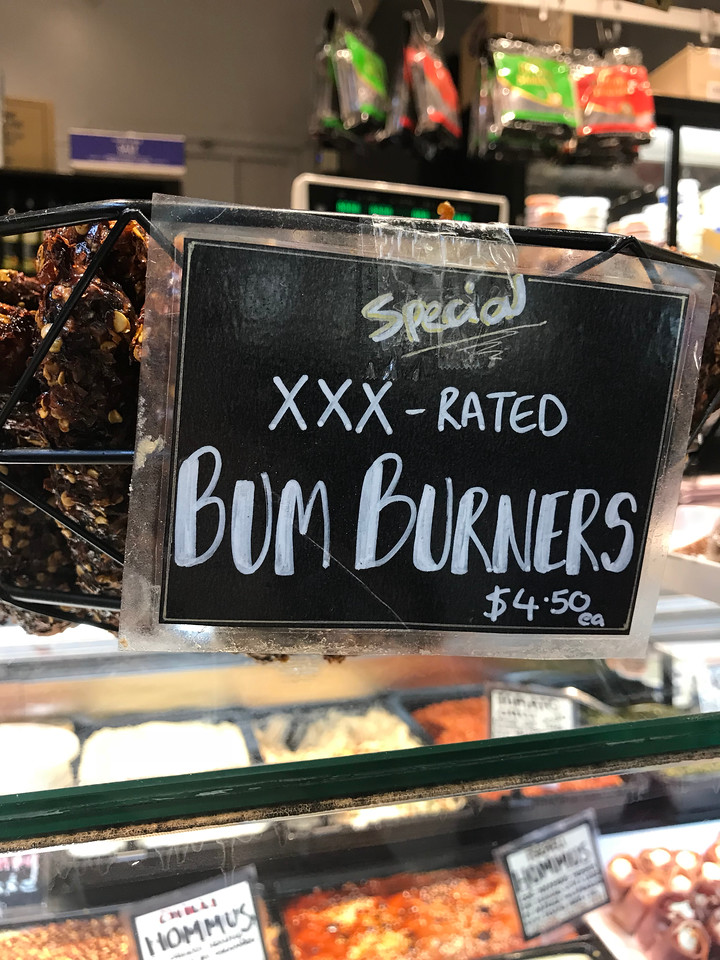 And of course there were the patisseries and bakers.  It was while TD was standing in line for his daily flat white that I spied a new-to-me treat at one such shop.  The handwritten card labeled the brownie type good as “hedgehog slice.”  Intrigued, I bought a wedge of the zebra (not really hedgehog) like confection. 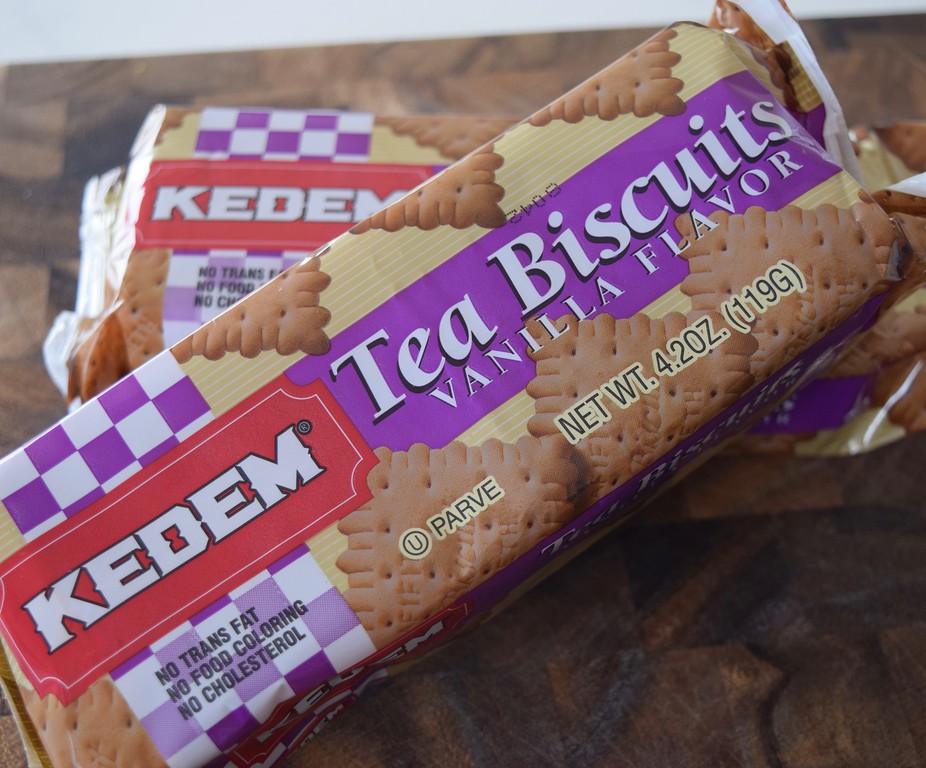 First things first, the term “slice” appears in tandem with many Australian treats: hedgehog slice, caramel slice, cherry ripe slice, lemon slice, jelly slice…you get the idea.  Generally, slice in Australia seems to fall into the same category as square or bar here in the U.S. 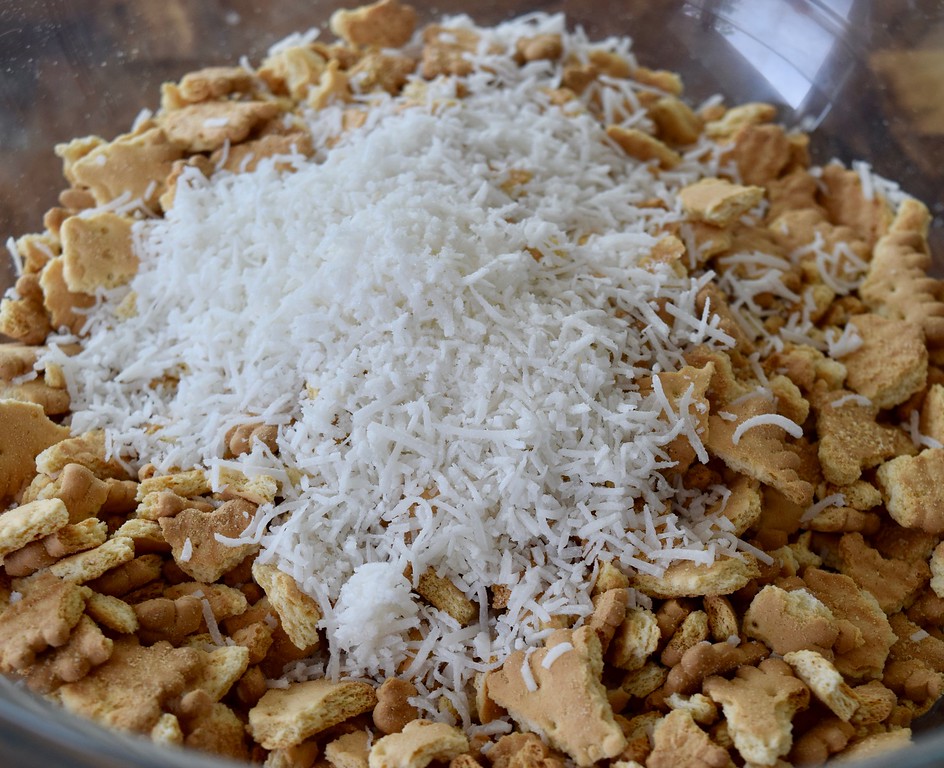 Sometimes slice is baked, while other times, like with the hedgehog, things are just sort of thrown together and then refrigerated (kind of like magic or nanaimo bars).

And, as with nearly every Australian baked good and candy we encountered, coconut plays a central roll.  Our first impression (in the name of research) of hedgehog slice was that they were a sort fudge with vanilla cookie bits lightening up the deal (bet you never thought you’d see “cookie bits” and “lightening things up” in the same sentence). 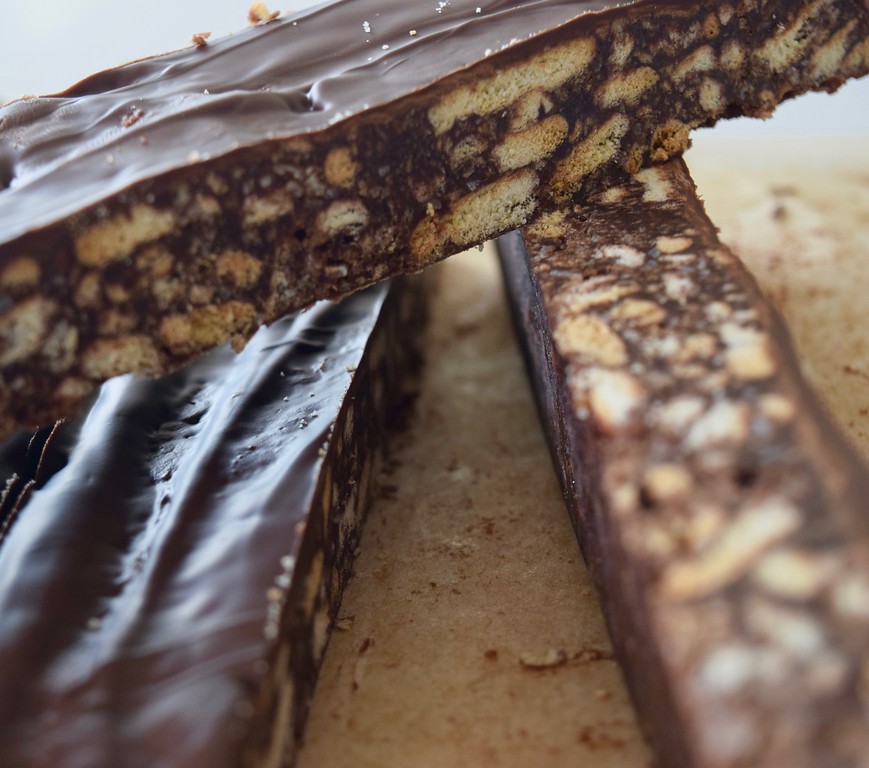 Luckily, a review of recipes revealed that these are even easier to make than fudge.  They require no baking and can be infinitely varied (I suggest subbing-in Tim Tams for the Marie cookies).

And, like the Anzac biscuits, these were a surprise hit.

About the name.  I couldn’t really find a single answer as to why they’re called hedgehog slice.  In fact, hedgehogs aren’t even native to Australia.  Of course, neither are the British.

source: I tried out a couple of methods for making hedgehog slice.  The method using sweetened condensed milk was delicious but didn’t set-up properly.  The recipe below worked well the first, second and third times I tried them.  As what happens with recipes, several I came across referred back to an original posting in a magazine called Women’s Weekly.  The recipe below is a repost from a blog called Honey Kitchen

I’ve converted the appropriate measurements to US customary

I was lucky enough to spend a couple of weeks in Australia last May.  The first week was work in Sydney and then I flew over to Melbourne and met TD for a little RNR.

We’d been to Melbourne before but left behind some unfinished business in the form of the Great Ocean Road as well as a host of untried restaurants, as yet to be imbibed cocktails and un-strummed scenic fall strolls.

We enjoyed ourselves immensely.

As I think I’ve mentioned before, I like to pick up a few new recipes while in-country as opposed to hauling back souvenirs.  This practice helps keep my luggage weight under control and is a delightful excuse to try exotic treats in the name of research.

To wit, our last trips to Australia yielded a batch of Lamingtons, Cherry Rip Bonbons and Jude Bolton Bars.

Funny thing about those Jude Bolton Bars…I actually met him while in Sydney during this trip.  The faculty I was traveling with arranged to have him meet our group while we were touring the Sydney Cricket Grounds, where the Australian Football League’s Sydney Swans call home.  My faculty friend is friends with Mr. Bolton and in the days leading up to the visit, she sent him the post I wrote.  Now, it’s been a few years so I’ll remind you, the post was written as a humorous but genuine tribute to Jude’s…athletic superiority.  It was also not meant to be read by him.  Nor did I intend to ever meet him in real life.

When the moment of the meeting came, we were both embarrassed.  His embarrassment was charming.  Mine was that of a dirty old woman who had been caught, literally, with her hand in the cookie jar.  Thanks JP.

But anyway.  Back to baking.

The first recipe I “brought back” with me from Australia is for Anzac biscuits.  I’d heard of Anzac biscuits prior to our trip–mostly through literature.  I swear there is mention of them in M.L. Steman’s, Light between the Oceans.  And there is an entire scene about them in Liane Moriarty’s The Hypnotist’s Love Story (one of my favorites of hers).

Since they aren’t as well known here in the States, I’ll give you the two sentence explanation.  ANZAC stands for Australia New Zealand Army Corps. During World War I, families would pack their soldiers these oatmeal-coconut cookies in care packages because while they would harden, they wouldn’t spoil.    Australian’s celebrate ANZAC Day each year in late April.  Similar to Memorial Day in the U.S., the day is one of remembrance for those who fought and died in any conflict for Australia or New Zealand. 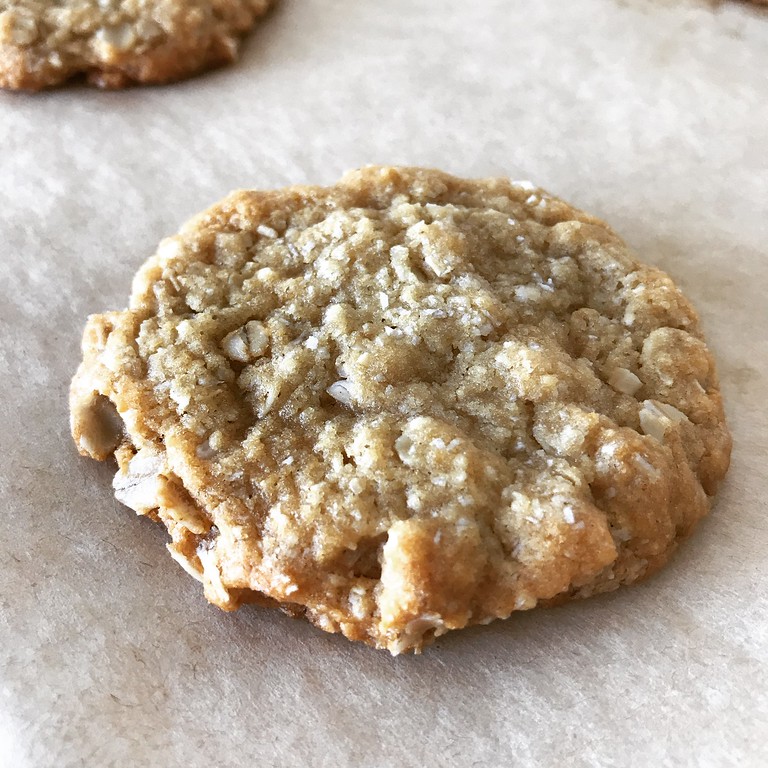 I’ll admit, I completely underestimated these wholesome little treats.  I thought they’d be fun to make once and then I’d be done with them.  Well, I was wrong.  These seemingly simple biscuits are rich and flavorful.  The oatmeal gives them a bit of heft while the coconut and brown sugar make them taste like an exotic far-off-island (or in this case, island nation).  Need further proof that you should make these?  Several people asked me for the recipe.  That never happens!

(read through the ingredients and my notes first–these call for a couple of unusual additions).