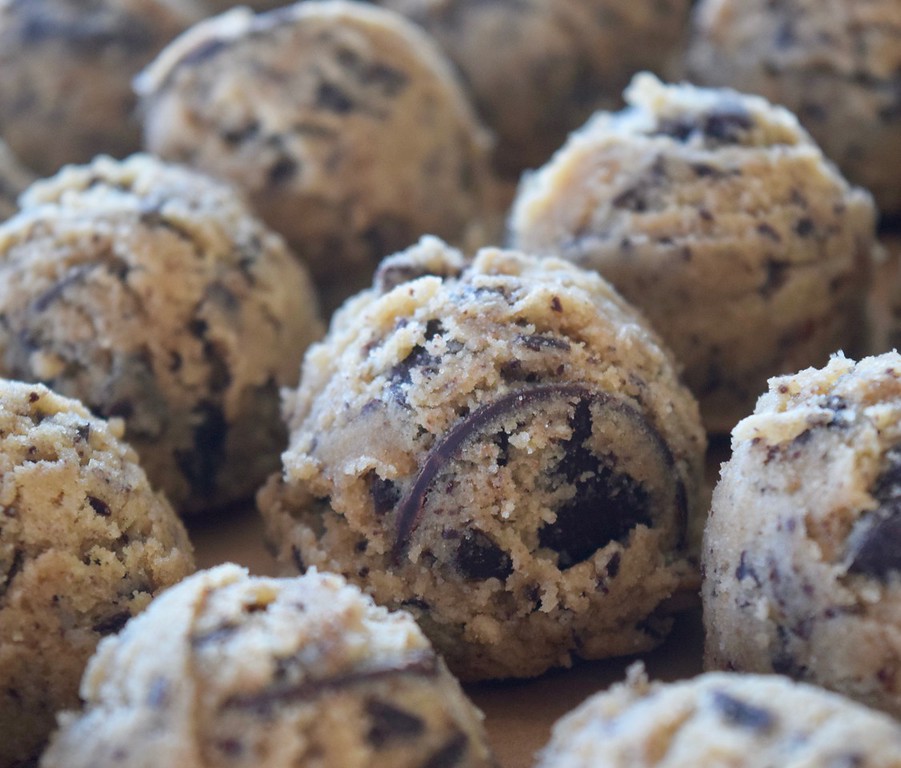 I hope everyone is hanging in there.  Given that this blog is called the Misanthropic Hostess, you can probably tell how I’m doing.

People keep asking me if I’m doing lots of baking and are surprised to hear that I’m not.  Like most (I hope) people, I’m sequestered at home and adjusting to a for-now normal.  For me, a big part of this is establishing a consistent and doable day job schedule.

For me, baking isn’t work (I’m not saying people shouldn’t bake or do whatever they can to get through these days–I just personally don’t want to confuse work and baking modes).  So, I’ll be sticking to doing my baking on the weekends.  Something to look forward to.

In the weeks before social distancing, I baked all of the sweet stuff that was in my freezers to make room for more sensible things like frozen ground turkey and a few trays of a dish TD and I call Shizzyladas.  Giving away the baked goods was fun as always.  But, I made very fatal error on my part: I forgot to hold anything back for me and TD.

So, last weekend, I made up a batch of dough for one of the few cookies TD and I agree on: Chocolate Chip. These are a little fancier than the norm with browned butter, a bit of rye flour and lots and lots and lots of chocolate.  Really, get creative with the chocolate.  The great thing about these is that you can make the dough, portion it, chill it and freeze it for on-the-spot baking.

Early returns show that I’m going to have to limit the number of baked cookies available to my housemates and I.

Sometimes TD will wander into the kitchen when I’m baking, survey the land of often strange ingredients and ask with a sigh, “why can’t you just make chocolate chip cookies?” 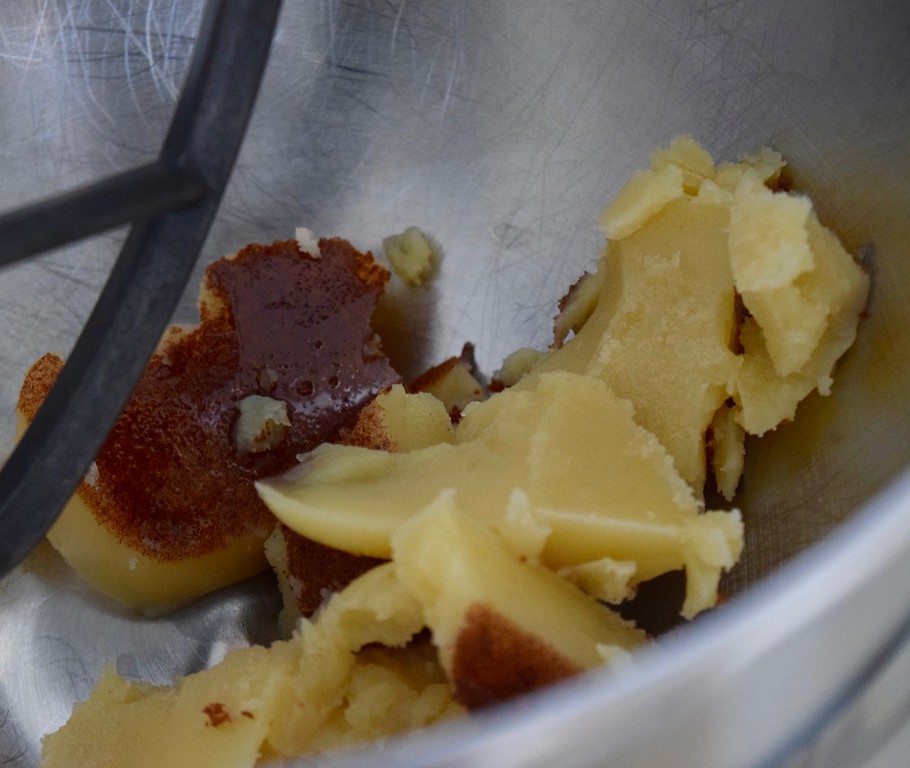 He’s basically asking me why I can’t be normal.  We’ve been together for 19 years.  You’d think he would have stopped asking by now.

But. I am sympathetic to his plight.  He’s just looking for a tasty treat while I’m attempting world baking domination with dried hibiscus and tahini.

I told you I am fixated on these nearly-burned but not quite caramel crispies.  Add in some brown butter and lots of chocolate and you’ve got an impressive Z score.

Because normal is boring.

Note–you could make the dough and bake in the same day.  I happen to like to let my dough marinate over night (or a month in the freezer after I scoop into balls).  I’ve written the recipe for an overnight–but do what you want.

Nowadays, the recipes I choose to bake generally either center on new ingredients or techniques I’ve yet to master. 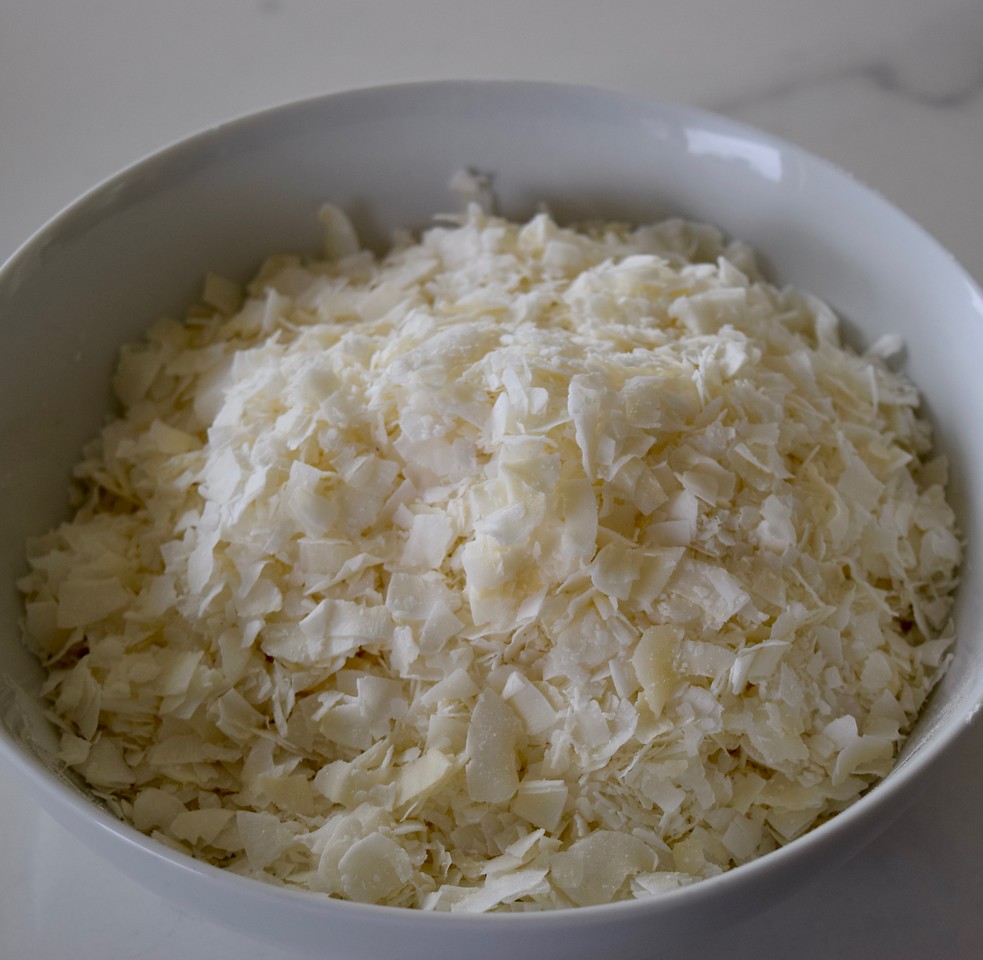 However, every once in a while I make something for the singular reason that I want to eat it.

That’s exactly what happened when these browned butter coconut cookies popped up in Smitten Kitchen’s Instagram feed.  There I was, casually scrolling one weekday afternoon and there they were: nutty, coconutty and buttery.  I’m not kidding when I say it took a herculean effort not to grab my car keys and flee my office so that I could go home and start browning butter.

Luckily for my employment status, I held off until the weekend. 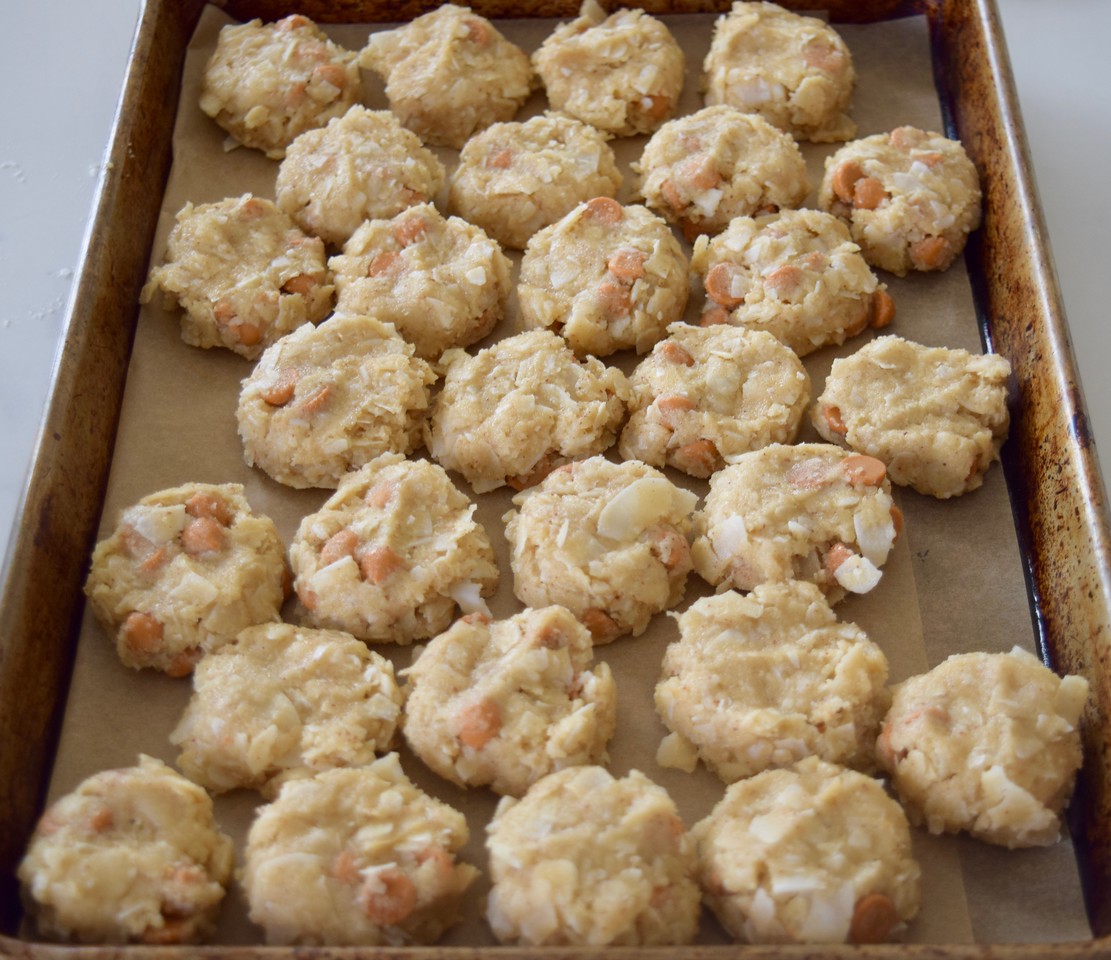 They were SO worth the wait: browned butter and coconut were meant to be together.  Even better than peas and carrots.  I’m telling you.  Cripsy on the edges but chewy through the middle, I really can’t think of a more appropriate summer picnic treat.

As if you needed further incentive, in my book, there is nothing that smells better than browning butter.  Forget the potpourri or scented candle.  If you want to sell your house, brown some butter before the open house.

While the original recipe only calls for coconut chips, the first time I made these I added a cup of butterscotch chips.  The second time I used cinnamon chips.  I have big plans for the third batch.

From Smitten Kitchen who got the recipe from The City Bakery by way of The Martha Stewart Show.  Adapted by The Misanthropic Hostess.

A work friend of mine brought in the most ridiculous…ridiculousest? little cookies from a recent trip to Paso Robles.  Rich and carmely with a sandy texture they came from the descriptively named Brown Butter Cookie Company.  Don’t let their humble looks fool you–these are gift worthy little bites.

As she handed me one, my friend threw down the gauntlet: “figure out how to make these.”

Once upon a time this would have been a challenge.  Luckily, and a little to my disappointment, the internet has made things much easier.  A handful of recipes popped up on my first Google search.  The fact that multiple refer to these cookies as copycats to the Brown Butter Cookie Company’s recipe is testament to how delicious they are. They’re also fun to make.  There is no fancy equipment involved and the brown butter is stirred in while still hot making the dough a lot like wet sand.  Once it cools down, into the oven it goes and in a few minutes you’ve got heaven.  I made one single batch and then the next day got down to business with two more double batches.

Spoiler alert:  I found the first new recipe to add to my holiday baking for 2015.

Why yes, it is Wednesday.  As you read this, TD and I are on a teeny tiny plane headed to Montana.  If his predictions are correct, at some point we will get snowed-in.  To hear TD explain it,  this will trigger the zombie apocalypse whereupon only the strongest (or least best tasting) will survive to see spring.  Yeah, I don’t really understand either.  But, just in case, here is this week’s post.

Depsite my agonizingly detailed planning, about 2/3 of the way through my holiday baking, it became clear to me that I was going to need a bigger boat.  And by bigger boat, I mean more baked goods.  As my caramel crunch square supply quickly dwindled, I sprang into action with a recipe I’ve been playing with for a couple of months: the brown butter blondie.

Here is the flavor profile: brown butter, roasted walnuts, white chocolate.  The BBBs also have the added benefit of a neat cut.  You know what I mean, no sloppy edges or oozing middle (not that, provided the appropriate context, sloppy edges and oozing middles are a bad thing).  This is a slightly fancy bar that comes together relatively quickly and is made from ingredients that are generally on-hand.  Plus and plus.  In fact, these went together so easily that I knocked out two batches in the early morning hours before work.

I am officially signing-off until the 28th.  That’s assuming I’m not lobotomized by a brains seeking Santa Claus along the way.  Which would be sad because I’m all set to pontificate on the 2013 Pantone color of the year and what it has to do with a cognitive condition I never knew I had until TD scientifically proved I am statistically weird.