Ever since a trip to Hong Kong 10 years ago, I’ve been meaning to make egg custard tarts.  Each year I am reminded of the idea in the immediate lead up to the Lunar New Year.  Inevitably, I miss the “holiday deadline,” vow to do better the next year and then forget until early January of the year following when I am once again reminded that its once again too late (heaven forbid I consider making these treats any other time of the year). 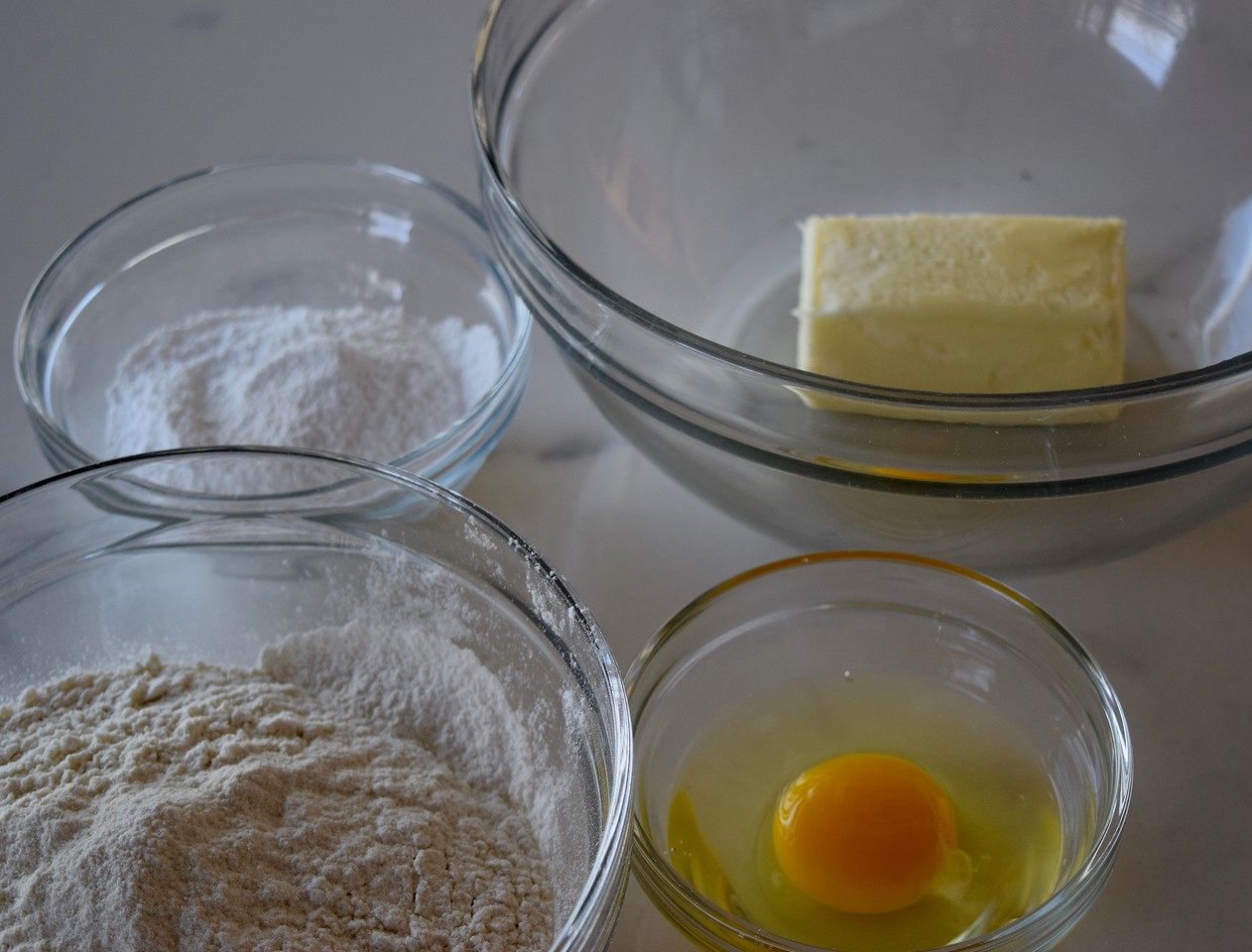 This year I was ahead of the game for a couple of reasons.  First, the Lunar New Year falls late in 2021 (not until February 12th) giving me a little extra time after the rush of the holiday baking season to rebuild my baking fortitude.  Second, 2021 is the year of the ox, my own Chinese zodiac sign.  So, I find myself a little more motivated than if it was, say, just the year of the rooster.  [As an aside my Western astrological sign is taurus, the bull (well, sometimes I’m a Gemini, but I identify more as a taurus).  What do you get when doubled up on bovine astrology?  One stubborn human.  Also, likes salads.] 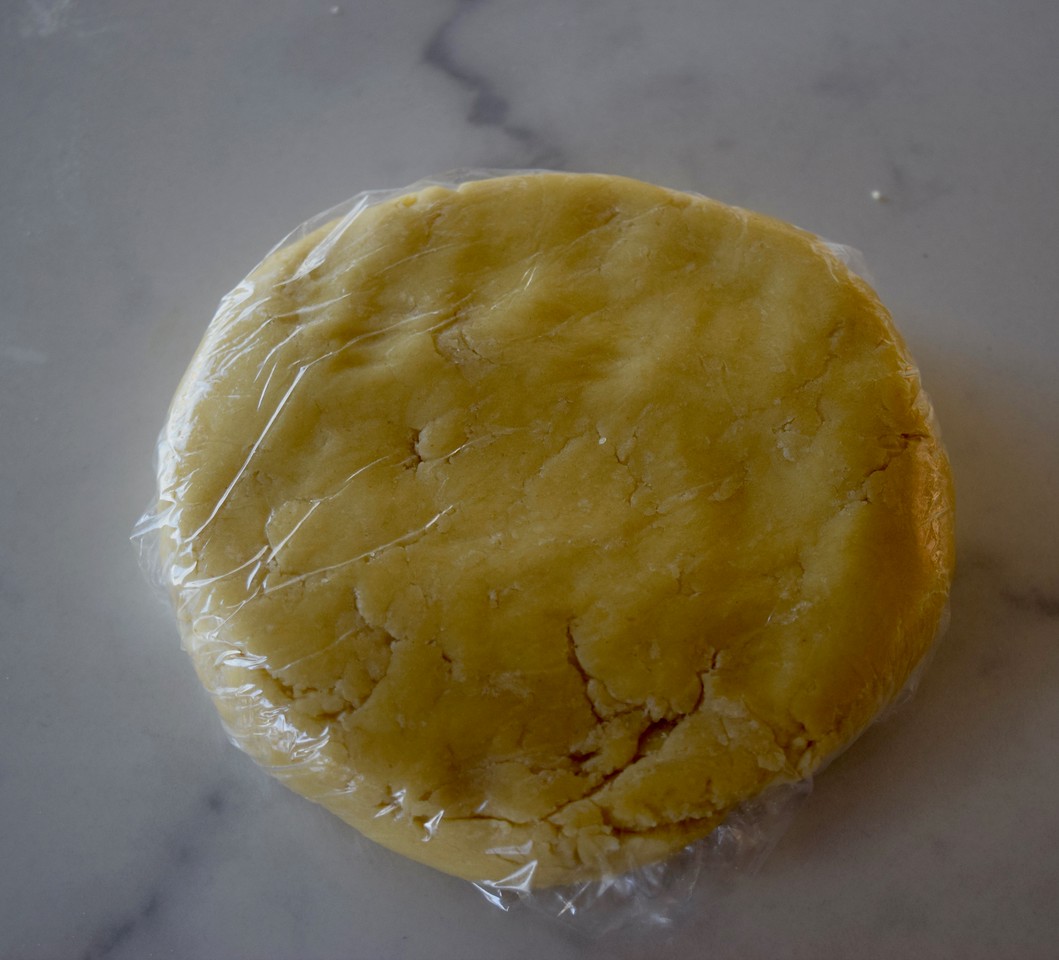 But, back to the tarts.  During my visit to Hong Kong, I remember hearing about the egg custard tart rivalry between Hong Kong and Macau.  As such, I thought it would be fun to make both types.

And then I started to do the research.

What I thought was a friendly pastry duel born of colonization has turned out to be a mystery as philosophically deep as the chicken and egg question.  Though in this case, the question is, which came first, the dan tat (Hong Kong/ Chinese style)?  Or the po tat (Macau style)? OR the pasteis de data?

I’m still not completely sure.  All I know is that at this writing, I’ve tried three different versions.

But, I’ve got to start somewhere or another 10 years will pass, so let us begin with the least technically difficult of the three: the Hong Kong style egg custard tart.

Made with a short crust (think slightly sweet pie dough), the tiny tart has origins in the English custard tart.  Hong Kong was colonized by England in the early 1840s and while it’s presumed that the influence of European style pastry came along with colonization, legend has it that the Hong Kong style egg custard tart specifically was born of competition between department stores some time between he 1920s-1940s.  While the contemporary recipes I’ve found use butter, lard or shortening was used in the early 21st century due to dairy shortages (and likely, the cheaper price point).

After World War II, the bite sized pastries became popular in the casual tea restaurants and by all accounts, have been a run away hit ever since.  In addition to the short crust,  this version uses evaporated milk (again, I’m guessing due to shortages with fresh dairy) and an interesting method whereby you make a sugar syrup to add to the custard.

Baked in tiny fluted tins (muffin tins will do just fine in a pinch), the Hong Kong tarts are associated more with breakfast and dim sum than dessert. 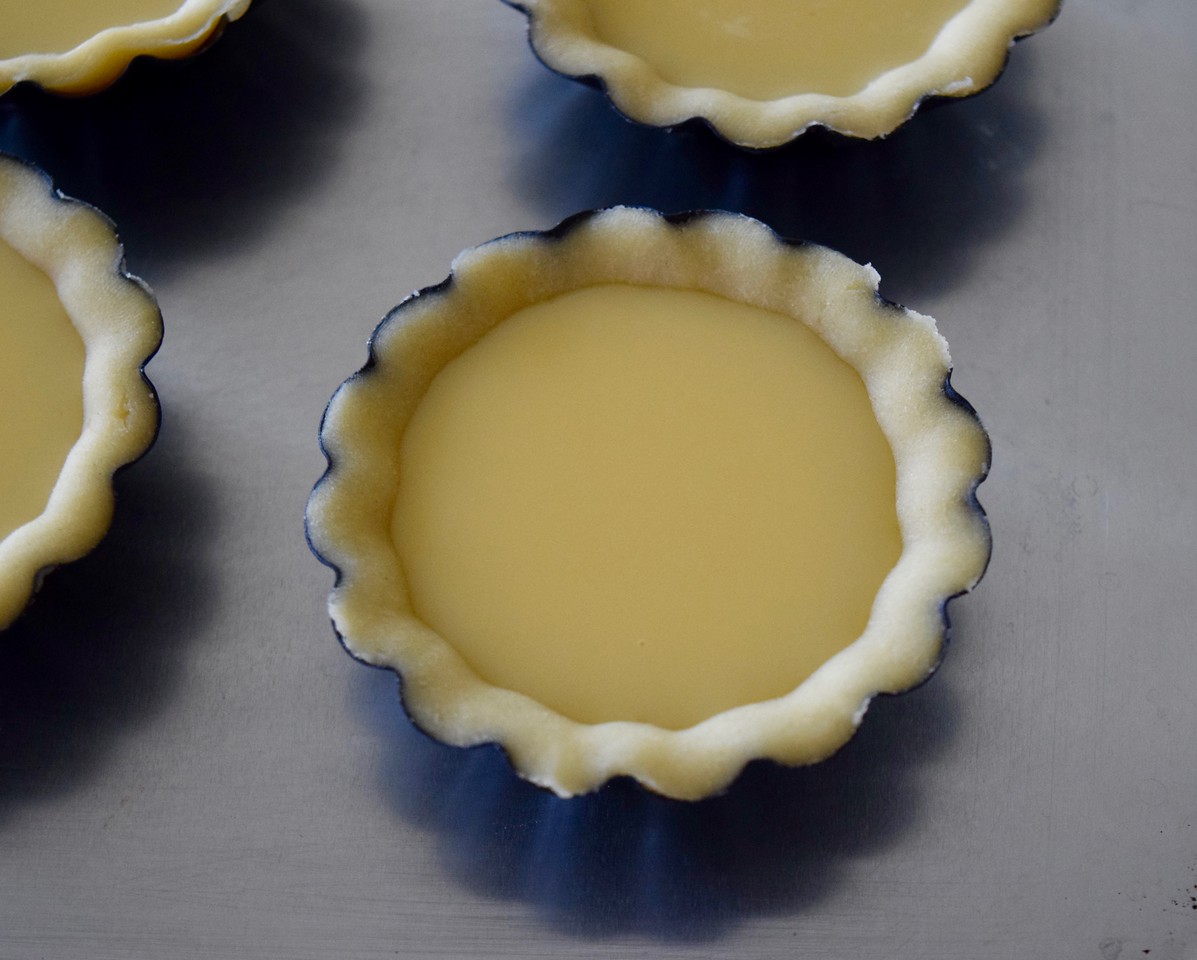 With a ratio of pastry to custard that about even, they’re best served warm and are a perfect pairing with milk tea (so I’ve read).

You could easily make the dough a day or two before (pop it in the fridge) and have these warm, light tarts ready just in time for brunch.

Next week, what I thought was the Macau tart but might really just be a version of the pasteis de nata…which is really the Macau tart.  Maybe.

To reheat, pop into a preheated to 350 degree oven for about 7 minutes.