One of the purposes of this blog is to document the process for perpetuity.  You had to know it wasn’t going to be sexy marble tile and gleaming kitchen appliances all the time over here at Via Corona.  Heck, even the Jackson 5 occasionally let Tito or Randy have a solo.  So, welcome to the master closet.

There is give and take in choosing an older home over new construction.  Older homes often have more character and better bones (though the jury is out if Via Corona is anything more than Eddie Haskell with osteoporosis).  Unfortunately older homes can also mean lower ceilings, narrower hallways and a serious dearth of closet space.  I can’t for the life of me figure out how people in pictures from 50 years ago always look so put together while having teeny tiny closets.

To give credit where it’s due, Via Corona’s reach-in closets were actually quite nice in their original state.  But, there was no walk-in in the master and, in today’s market, a closet the size of a  NYC studio apartment is de rigueur.  That’s why in a decision akin to grabbing a package of peanut M&Ms off the rack at check-out, we decided to add a walk-in closet.

Luckily, the master reach-in and the reach-in in the small bedroom next door shared a wall.  As the smallest bedroom in the house, we knew that would be TD’s office.  Offices don’t really need closets and with three other bedrooms we decided to make the conversion.

We were very proud of ourselves for having done the “demo”  on the wall between the closets (we knocked down some wafer-thin plywood).  Turns out this was gateway destruction followed by the foyer ceiling, culminating in that marathon day with Via Corona’s exterior and a jack hammer.

The only thing we’re destroying now is our retirement. 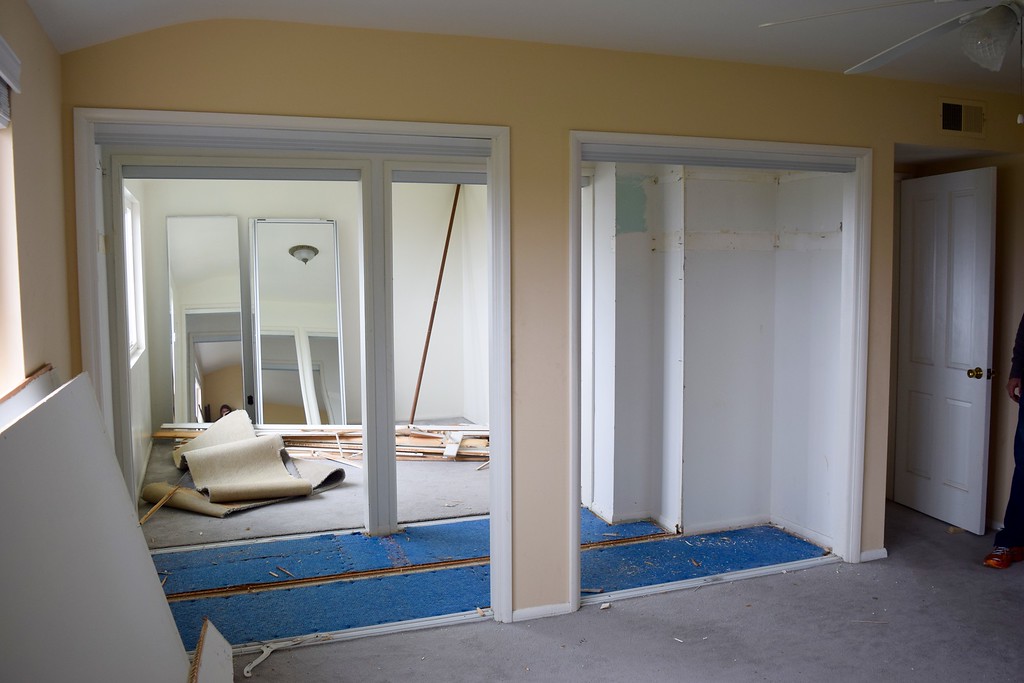 The existing closet geography wouldn’t have been deep enough to include the “walk” in “walk-in” so we borrowed additional square footage from the office.  This also meant moving the door and the air vent.

As with most things Via Corona related, one thing lead to another.

But, all that trouble did help to create a modest walk-in closet about six feet wide and ten feet deep.

In an attempt to re-coup a little of the dough spent on vent moving, we decided we could install the organizational finishes ourselves.  Oh the hours I spent dreaming and scheming with graph paper and an Ikea Pax catalog.

TD will claim otherwise, but I really did have the best intentions of making this a his and hers closet.  But, when we lost some square footage to a vent that couldn’t be moved, I made my move for a mistress only master closet.

TD here . Dear Reader, please note that the upper right-hand part of the drawing above (the part that looks like an “L”) is where the vent is located.  So, unless I was planning on cramming one consistent Jim Harbaugh-inspired daily outfit into the corner, my threads were never going to see the inside of the walk-in.  I knew this pretty early on — like when we were destroying the wall between the two closets and Shannon lay down in the middle of the space and whispered “precious…precious” in a creepy voice I’d never heard her use.

Like the special place Cardinals Baseball, Rocky movies and the entire Stevie Wonder catalog occupy in my life, this closet (and the D-Day-like planning of same) makes my wife indescribably, incomprehensibly, blissfully happy.  I assume if I can’t find her it’s a safe bet she’ll be found luxuriating in her closet grinning gleefully and whirling daintily like Maria from West Side Story.

I’m totally cool with that.  Miss America can just resign and all that.

I’m told my clothes will reside down the hall in a Gronkulla or Dagstorp or some other ridiculous sounding, 51% correctly-assembled Ikea furniture.  And just like your fantasy football team, your kids and any hand of Texas Hold ‘Em poker you’ve ever played in your life I’ll pretend like I care if you want me to.

Shannon has also informed me that the “Precious” in the title of this post is in reference to a series of J.R.R. Tolkien books I’ve never read and movies I’ve never seen (as my friend Marv would say, “I have seen the book though”) and not the movie Precious based on the novel Push by Sapphire (which I’ve also never seen nor read).  So there’s that.

Shannon here. Lest anyone think I’ve kicked TD out of the closet without consequence, allow me to show you the price exacted for total closet domination: 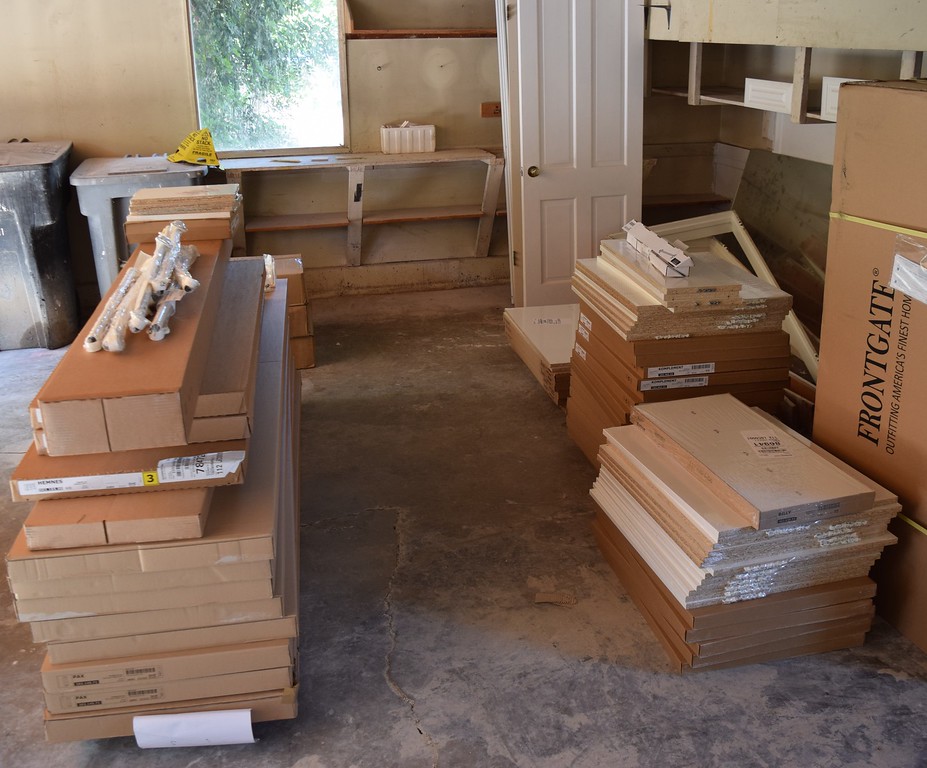 The 98 pieces of Ikea closet fixings currently residing in our garage aren’t going to build themselves.  And TD has just informed me that he will be washing his hair in his EIGHT FOOT SHOWER for the next two weeks.  That leaves the kitchen Gods and they refuse to wear safety googles (and don’t have thumbs), so I’m not counting on them either.

It’ll just be me, my Allen wrench, and a power drill. Pretty much exactly how I like things.

Want to read more about our renovation adventures? Go here: Via Corona