First things first.  This is a dumb post.  Despite multiple attempts to photograph and even film this baby over the last couple of months, I just can’t seem to get off a decent snap.  I’d like to blame the lack of natural light.  Or how narrow the space is between units.  But as I prove on a weekly basis, the photographic deficit really lies with the picture taker (at least I’m consistent).

Luckily, the fact that I failed spectacularly at capturing the essence of the Ms. Closet has done nothing to damper my enthusiasm for it. 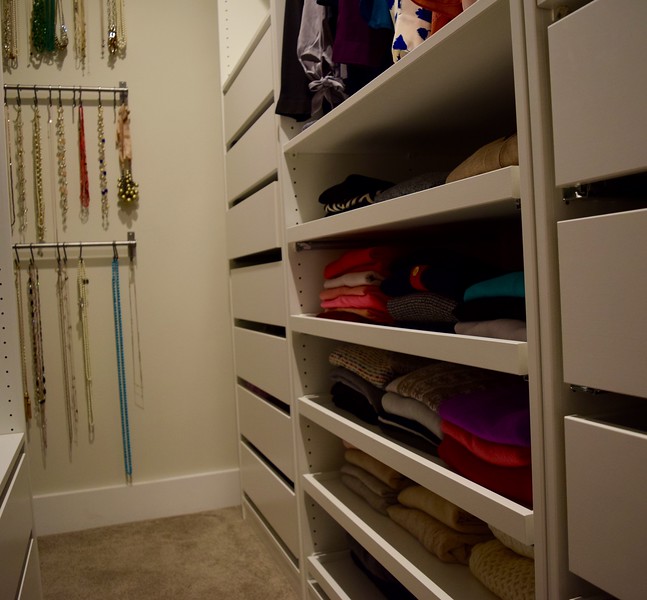 As you might recall from the plans, we created this modest walk-in by leveraging back-to-back reach-in closets and an additional 18 or so inches from Tom’s office.

Custom closet fittings were never in the budget but luckily my enthusiasm for putting together Ikea furniture was.

I’d like to be able to say I built the entire organizational system myself.  But, when the instructions on the Ikea Pax system showed me that it would take two garden gnomes to put the frames together, they were actually serious (this time).  After building three–yes THREE of the frames and then realizing they would not fit assembled into the closet, I begrudgingly admitted defeat and called in Tom to help.  He was super duper enthusiastic.  As with any project TD and I take on together, while ultimately successful, the blood, sweat and tears left in our wake could qualify the Ms. Closet as a crime scene.

Once those frames were up however, it was all me.  All in, I built and installed 14 stationery and pull-out shelves, 15 drawers, 2 units for shoe storage and a necklace gallery (ooh la la).

I love this space.  And not only because even at this writing it remains the only finished room in Via Corona. 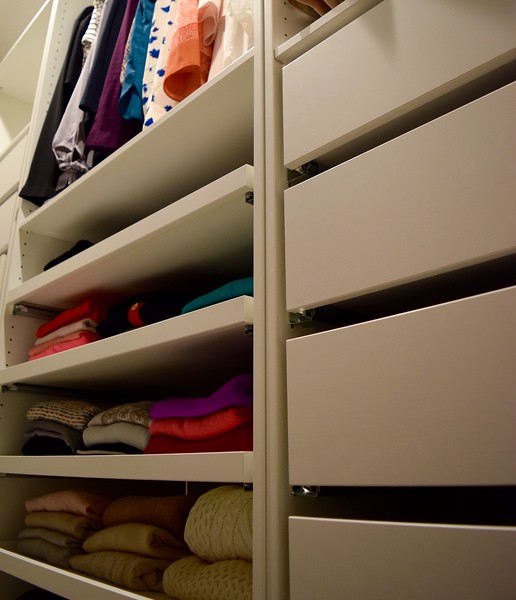 I told you this is stupid.  However, the Ms. Closet, like most of our endeavors related to Via Corona reminds me of a quote delivered by the late, great Leslie Nielson in the cinematic masterpiece, The Naked Gun: “It’s a topsy-turvy world, and maybe the problems of two people don’t amount to a hill of beans. But this is our hill. And these are our beans!”

Our hill.  Our beans.  Indeed.

As a social scientist I’m fascinated.  As a woman, I’m devastated. But, as a pragmatist, my natural inclination is to accept the reality, take responsibility and productively work toward making change.  All things considered, I think I held it together pretty well until the Kate McKinnon cold open on SNL last week.

How about a gingerdoodle?  Nope, not a designer dog.  Just the love child of two holiday favorites. Oh, and I’ve renamed it the snickersnap.  Provided the current environment I thought this treat needed a sassier name.  I think nasty snickersnap is an even more apt moniker but it’s not generally good form to use the word “nasty” in something you hope will be eaten. 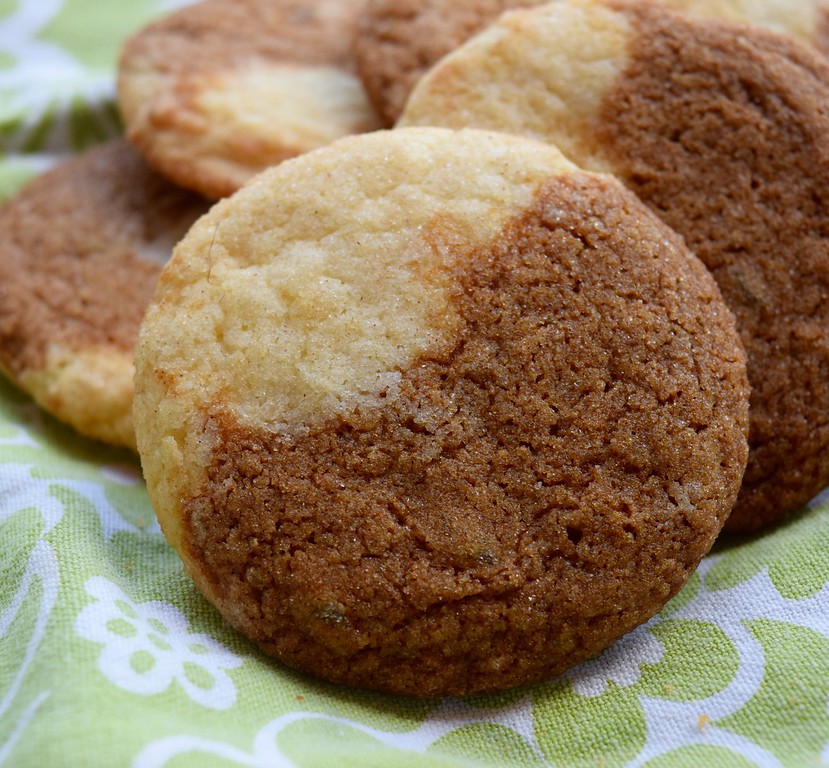 And, with its three forms of ginger and shot of cinnamon you can bet this snickersnap grabs back.

I’m too old to believe baked goods can solve the world’s ills.  Not even world peace cookies.  But sometimes, a cookie or two with a strong cup of coffee (or a glass of wine) can help reset your perspective and remind you that everything could just, might be, okay.

This is a total recipe mashup.  I got the idea from our friend Betty Crocker’s recipe for gingerdoodles ).  But, because I already have a favorite gingersnap recipe: triple ginger ginger cookie  and  am loyal to Christina Tosi’s snickerdoodle base, I used those.

I wish I could say this was a final reveal.  But hey, it’s nice to have that to look forward to.

At least that’s what we keep telling ourselves.

This space still has a long way to go.  Until then, please enjoy this photo montage of the weird things that have been in our kitchen in the last six months.

The city sent the plans back to the architect for a fourth round of revisions.  That’s right folks–four rounds of revisions (and counting) for a 200 square foot addition and deck replace–both of which fit into the house’s existing footprint.

It generally takes the architect two weeks to resubmit and then it takes the city another two weeks to respond.  Optimistically, we’ll be deep into the winter holidays by the time those permits are granted which means ‘aint nobody starting that part of the project until after the new year.

So, we’ve got that going for us.

A note on Via Corona.  Though the pace feels glacial (and our complaining is torrential), they are making progress…just not enough to share on a weekly basis.  That’s what Instagram is for and if you aren’t following you probably should (@tmhostess, #makeoverviacorona).  So, for a few weeks, we’re going to alternate regular TMH content with house updates.

This week, because we’re still waiting on permits, we all need a drink.

What’s your favorite carpool karaoke? Mine’s a tie between Michelle Obama, and Lin-Manuel Miranda (with serious honorable mentions to Chris Martin and Adele).  I’ll admit that my late night television viewing exists in its entirety of after the fact YouTube videos.  I’m lucky if I make it to 10:00 on a school night.  Golden age of television indeed. 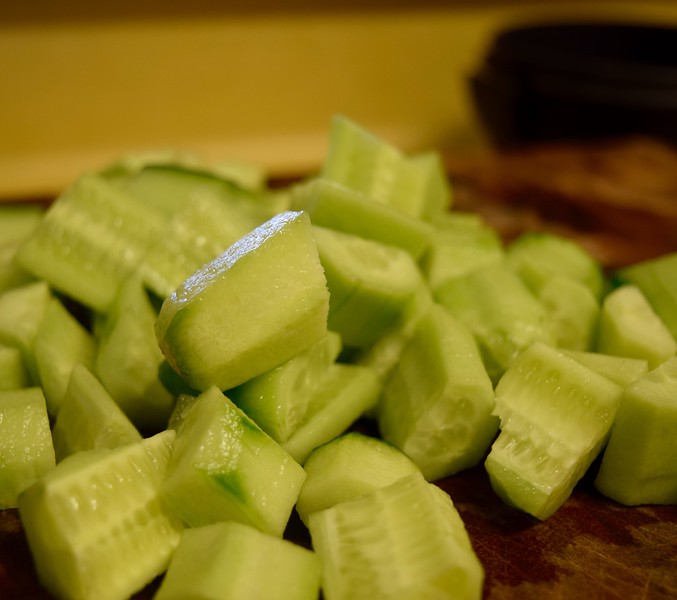 As YouTube viewing is wont to do, TD and I spent a delightful evening  freefalling down the rabbit hole of  back editions of carpool karaoke.  This  lead to watching other James Cordon videos which lead to one in which he enjoys something called an Eastern Standard. 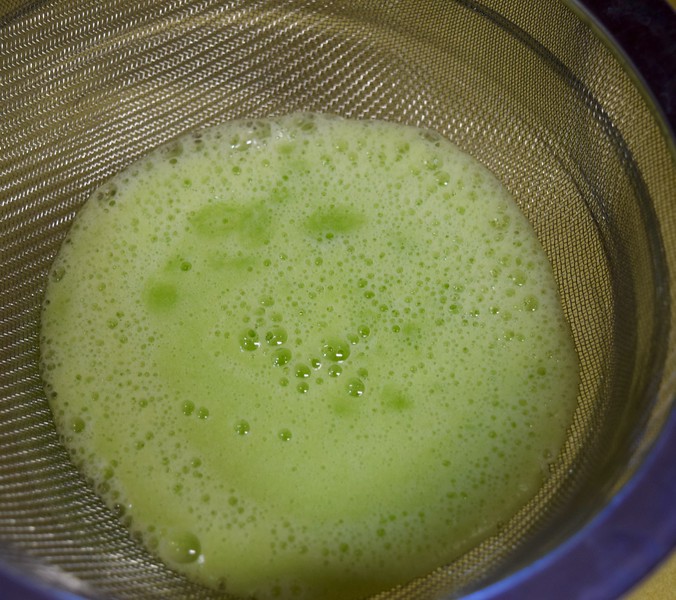 While TD and I make it a rule to order on the low-key end of the libations scale when out I think we are both afraid of how much fun the other one will make), we do enjoy mixing it up a bit within the privacy of our own home where no one can judge us for drinking tin can margaritas and other frothy concoctions.

A little research revealed that the Eastern Standard is made with simple syrup, cucumber juice, a little mint, fresh lime juice and either gin or vodka.

The cucumber juice is made by pulverizing cucumber in either a food processor or blender (I used the Vitamix) and straining out the pulp.

I also made a honey simple syrup because I can’t seem to leave a good thing alone.  Just so you know, those slices of bread in the background were about to be grilled.  We aren’t harboring pigeons in our rental or anything. Though, Gracie the cat did recently catch and release a dragonfly into the house.  Hilarity ensued.  Unless you were the dragonfly. 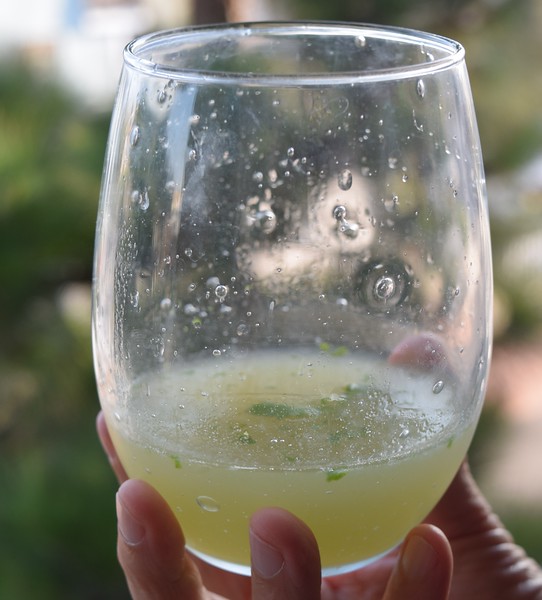 The results were refreshing though not completely novel in flavor (cucumber, lime and mint being usual suspects when it comes to cocktails).  It was kind of like a mix between a Pimm’s cup (minus the Pimm’s) and a mojito (replace the rum).

The beverage is meant to be served up.  And while we tried a round of it as instructed (in stemless wine glasses because our martini glasses are in storage…just like the rest of our lives), we decided we prefer them over the rocks, just a nidge sweeter than the original recipe with the mint not strained-out.

Here is what my kitchen looked like on October 31st:

The floors are in, they just finished doing the electrical and, if they can get the space appropriately sheet rocked, drywalled and plastered, the cabinets are supposed to be installed on Saturday.  Then, it’s another couple  of weeks to fabricate the counter tops.  Add another week for tile and appliance installation and best case scenario, we’re looking at the first week of December before I have an operational kitchen.  Of course, nothing in this project has proven to be best case scenario so I’m not going to hold my breath.

And so it goes my friends, that I find myself apologizing in advance for the second year in a row. Please don’t hate me because I don’t have a kitchen.  I promise to make up for it on the back end.  Assuming we’ll ever make it to the back end.