And while I think many of us have gotten wise and learned to squirrel away a box or two in the freezer, let’s be honest–even the most stalwart of thin mint hoarders never makes it through the year. 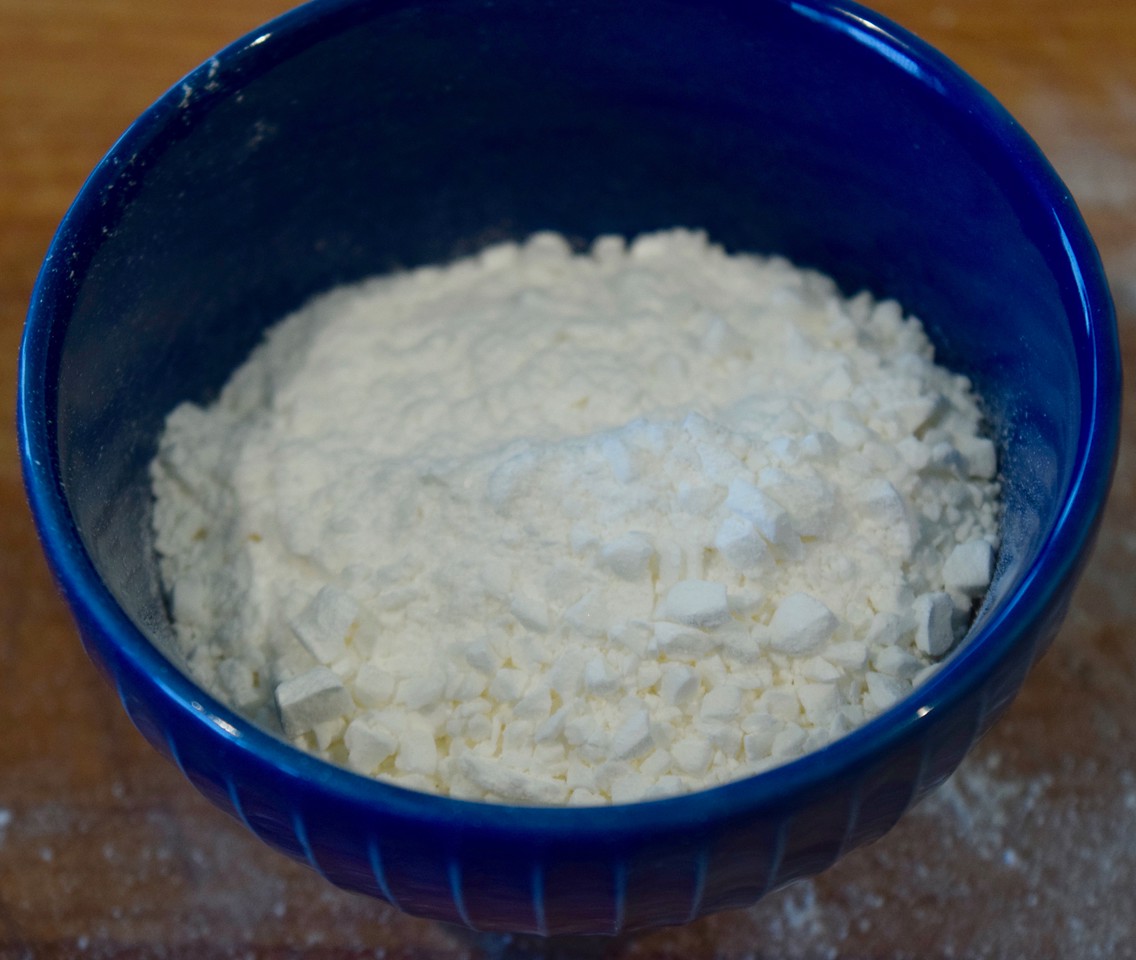 I’ve got a stop-gap for you.  These aren’t quite thin mint duplicates.  But, they’ll do during the long, dark days of summer when that neatly stacked roll of  crumbly minty, chocolate goodness is but a distant memory.

True thin mints are more cookie than chocolate.  These are about two-parts chocolate to one part cookie.  This is because unlike the Girl Scouts of America, I have to hand-dip.  And, I use real chocolate, not chocolate flavored dip mixture.  I mean, you can use those melt things you find at Michaels if you want.  I won’t judge.  Too much.

As you’ll see in the recipe, there is very little sugar in the cookie dough.  Two reasons for this.  First, you’re going to use an entire tin of crushed Altoids.  Trust me.  Don’t hold back.  Second, because they are enrobed  in chocolate, the cookie doesn’t really need to be sweet.

A word to the wise on dipping.  See how the cookies are neatly lined up on the rack below?  Don’t do that.  I made a complete rookie mistake in thinking this would allow the excess chocolate to drip.  It did not.  Instead it allowed the chocolate to fuse with the rack grid making it nearly impossible to free the individual cookies without ruining them.  Instead do what I’ve got going on in the corner: dip and then gently set directly onto parchment.

I made another grave mistake when making these.  Once complete, I photographed them, packed them up and immediately gave them away.

This means I missed the crucial step of setting some aside to freeze.  Seriously?  SERIOUSLY?  Is there any other way to eat them?

Speaking of Girl Scouts, I only lasted a year.  It was the third grade.  I was a brownie.  In retrospect, I should have loved the experience–they did all the stuff I liked to do: socialize, earn rewards for completing tasks,  arts and crafts.  There were snacks.  However, eight year old me had strong sartorial objections to the outfit.  I hated it.  And, so ended my career.

(Okay, I also switched schools between third and fourth grade which is probably the real reason my mom let me off the hook.  But as I remember it, it was just one in a string of fashion boycotts that shaped my participation in youth activities.)

After writing the final check to our builders in early 2018, we laid low with Via Corona for most the year.  It was nice to just hang out, let her settle (literally) and, you know, not hemhorrage money.

Our one major task for Via Corona in 2018 was to address the remaining strip of dirt that was our front and side yards.

Though we encountered its destitution every time we visited the house, we somehow completely forgot to include it in our renovation plans.

Which turned out to be okay since TD and I watched a ton of YouTube videos and learned how to do some yard stuff.

You can see the entire madcap adventure (montage included) in our Working Har Har Hard on the Yard Yard Yard post.

We gave ourselves some serious back pats for our landscaping accomplishments and have continued to do so while we’ve kept everything alive.

YouTube learning (actually, let’s be honest, TD and I) has its limits however and alas, a significant portion of the yard remained, shall we say, au natural. 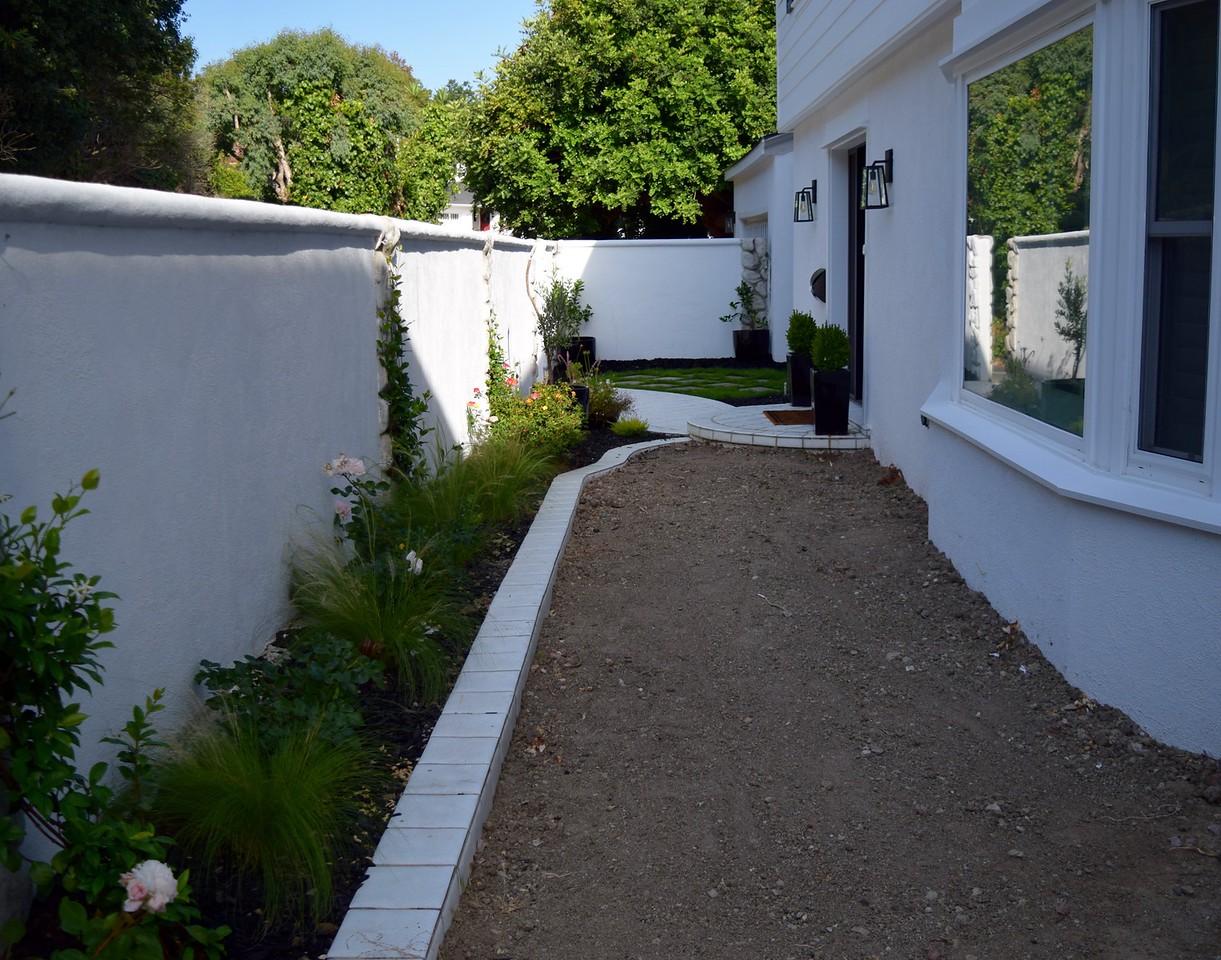 A couple of things were keeping us from moving forward.  First, we needed an irrigation system and we needed to figure out if we could do it ourselves.  I’ll cut to the chase tout suite.  The answer was no.  Like, NO! With that out of the way we had a second obstacle: our neighbors.  We’ve got a leaning wall between the two properties.  They’ve got a leaning fence.  We wanted to pull down the wall and have a nice redwood fence built.  They had some “concerns.”  After several months and unsuccessful attempts at understanding their concerns in a way that would cost us less than $50,000, we gave up on that version of the plan.  We’ve got bigger, badder ideas for that wall down the road and have decided to play the neighbor long game.

Obstacles out of the way, we had the irrigation and sod installed in something like 48 hours. Almost over night we went from “dirt patch alley” to “pass me a beer, where’s the corn hole?” 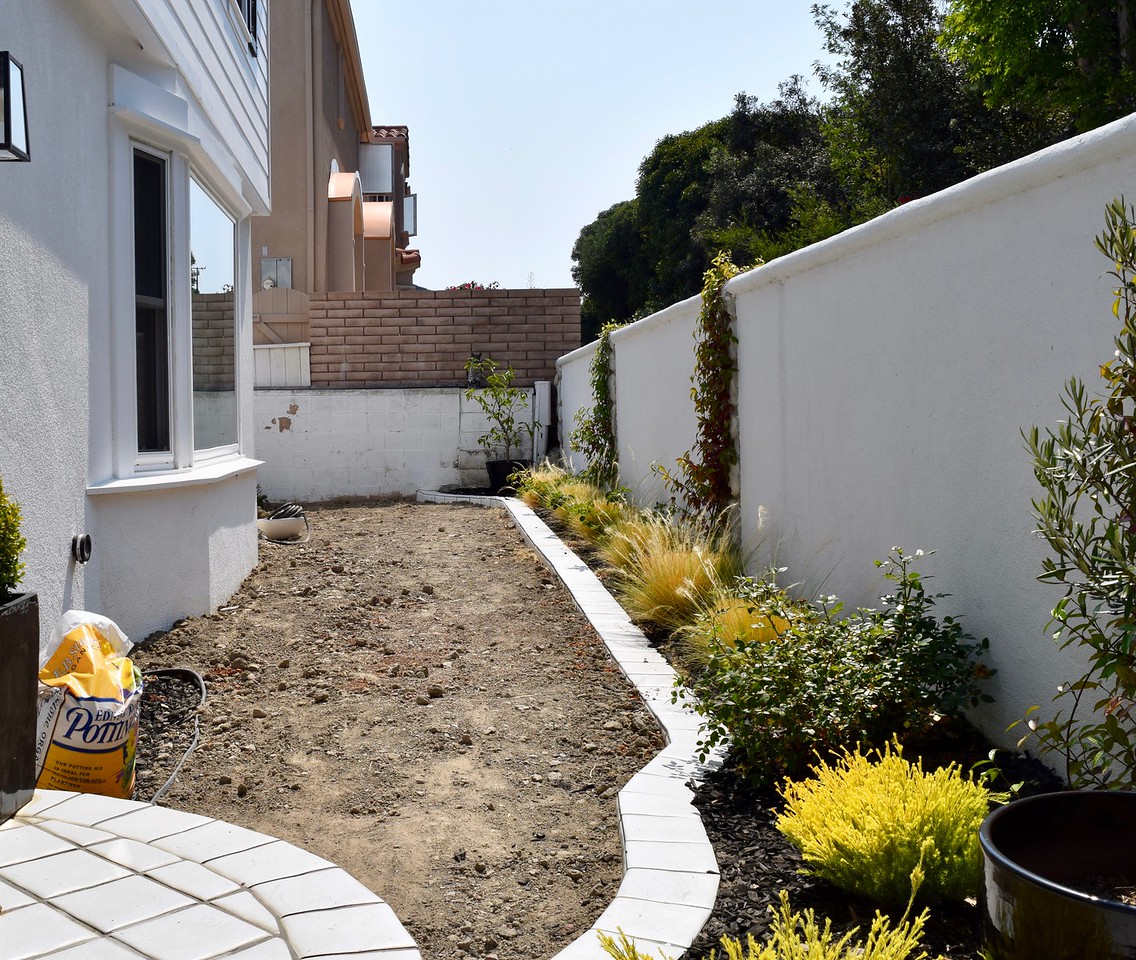 While we may have conceded (temporarily) on the long wall battle, we did win some view.  We’re quick learners and when it came to the short wall, we didn’t consult with anyone and had the nice professionals open things up a bit for us. 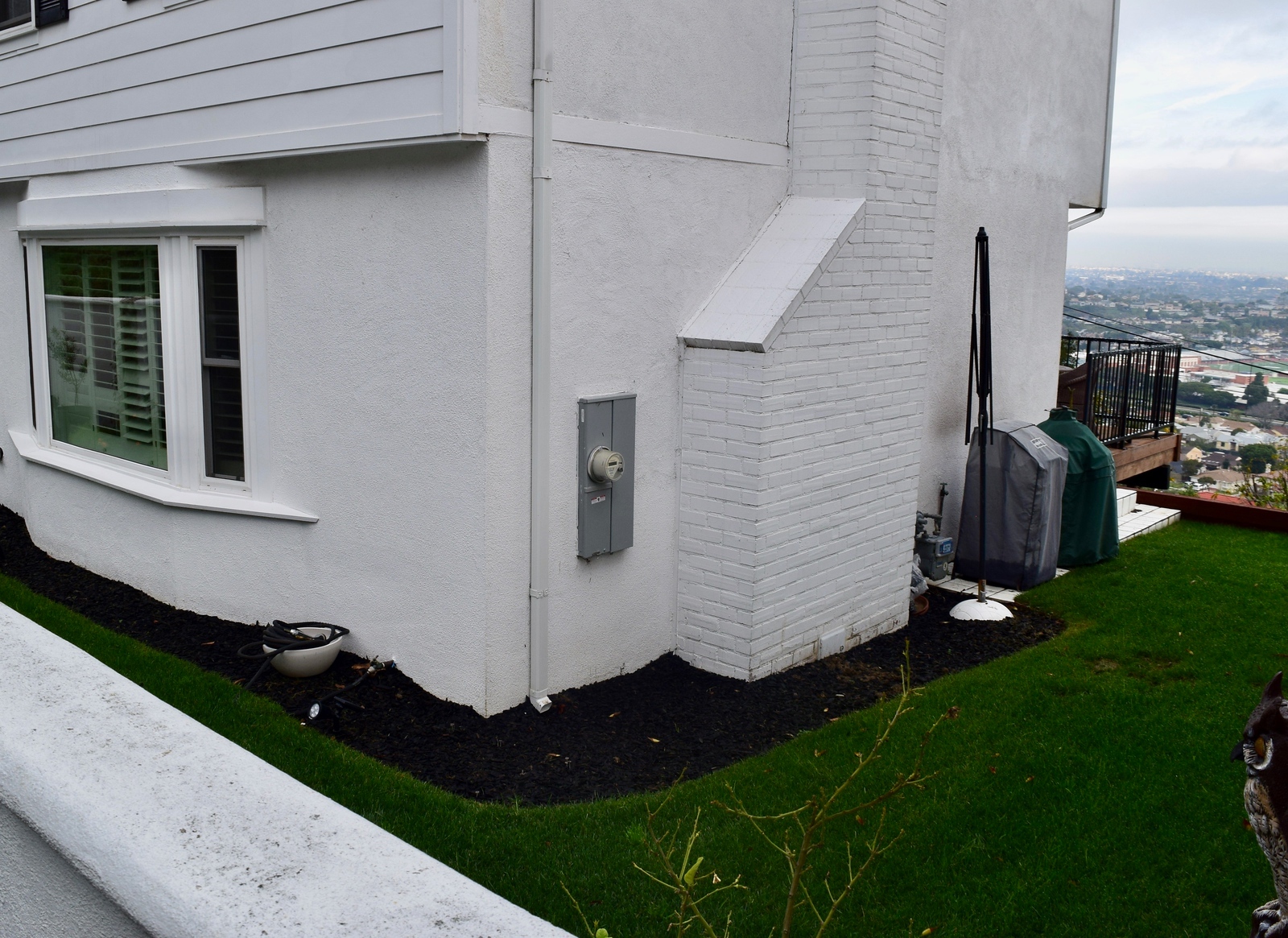 Via Corona has wrap-around grass.  All my life’s wishes I didn’t know I had have been fulfilled.

Of course, no good deed goes unpunished.  The sod had been down less than a week before the gophers moved in.  And then the skunks and raccoons started taking advantage of the worm-rich soil and regularly aerating the sod.

So, we’ve got that going for us, which is nice.

Want more Via Corona renovation stories?  Of course you do: Via Corona The Remodel

Growing up in San Diego my family had a tradition of visiting Jake’s in Del Mar for special occasions.  Part of the TS Restaurant Group (think Kimo’s and Dukes), Jake’s edges right over the surf and is a favorite spot for watching the sunset while enjoying excellent seafood and fresh sourdough bread. 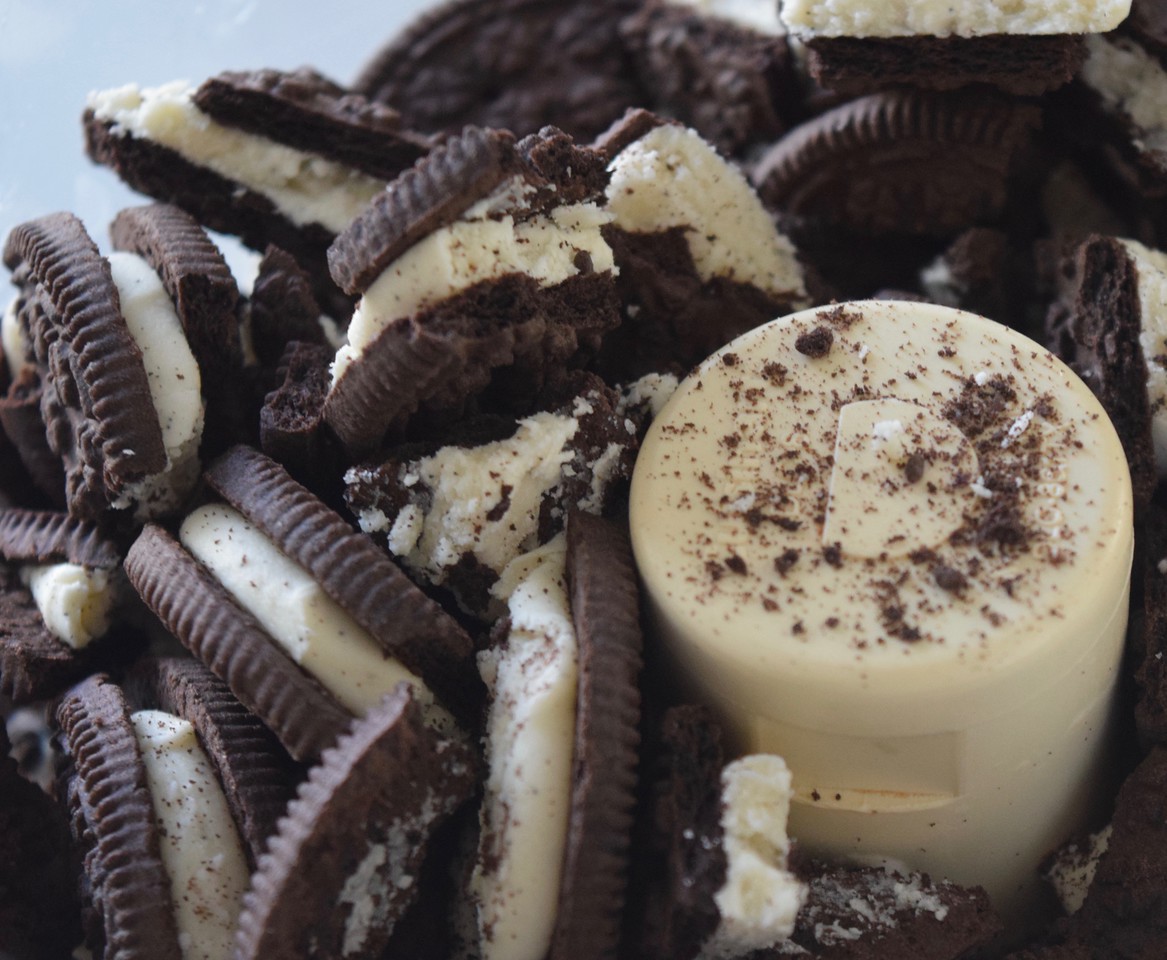 As much as we’d ooh and ahh over the the tenderness of the sea bass or buttery ahi, the whole meal was just prelude for the dinner’s denoument: the hula pie.

If you haven’t already been inducted (and you’d know if you were), hula pie is a concoction of mounds of macadamia nut ice cream perched on top of a cookie crust and drenched in hot fudge.  While meant to be shared, even a slice of the slice is enough to put you into a deep sugar coma in the very best way. 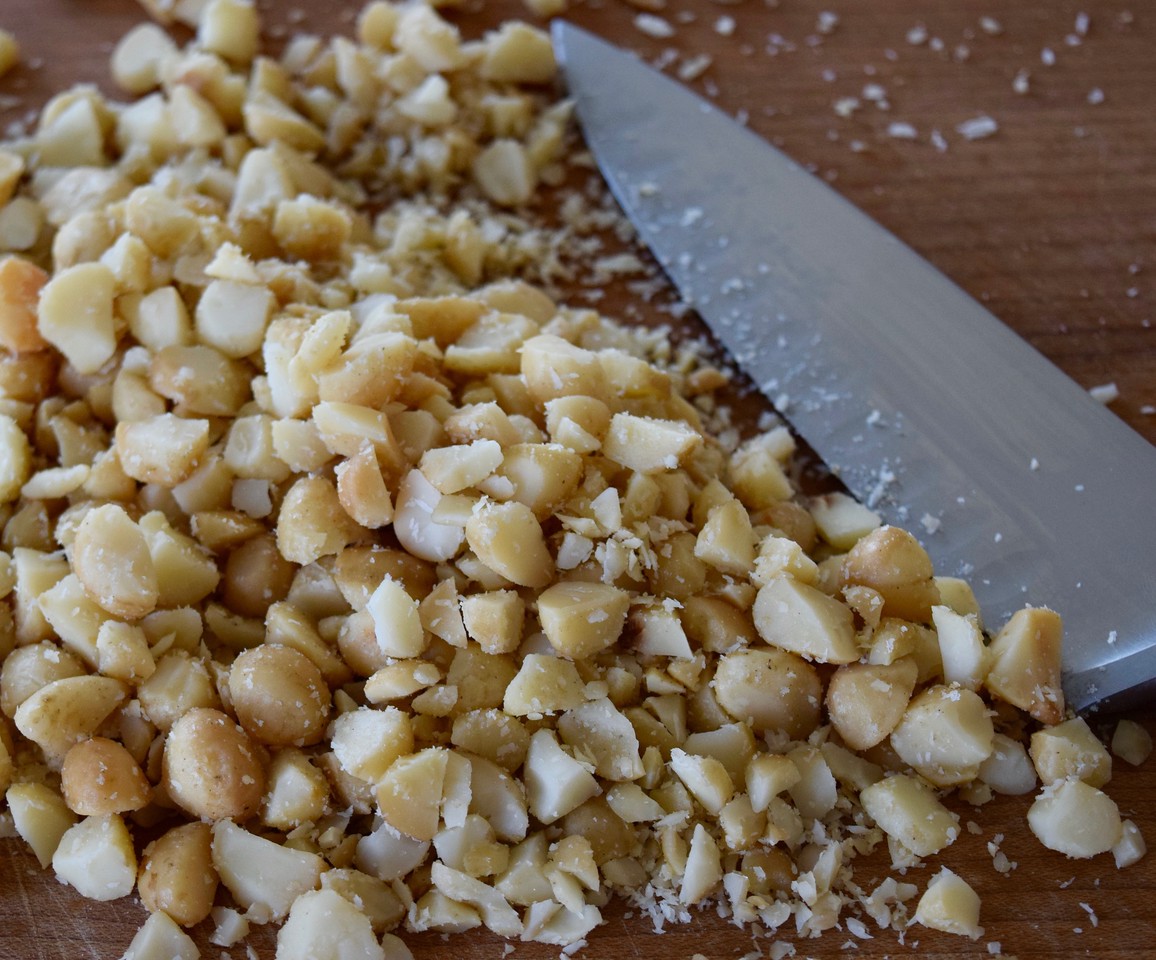 Since my parents moved to Montana full time nearly 10 years ago and Dukes in Malibu is a hearty drive, I decided to make my own version for my folk’s visit last month.  My parents live just outside of Bozeman Montana.  According to Sunset magazine and more than a handful of best places to live rankings, Bozeman is a happening place.  While this may be true, they still don’t have a Trader Joe’s and so as an homage to my mom’s favorite state’s away grocery, I used as many Trader Joes ingredients as I could muster. 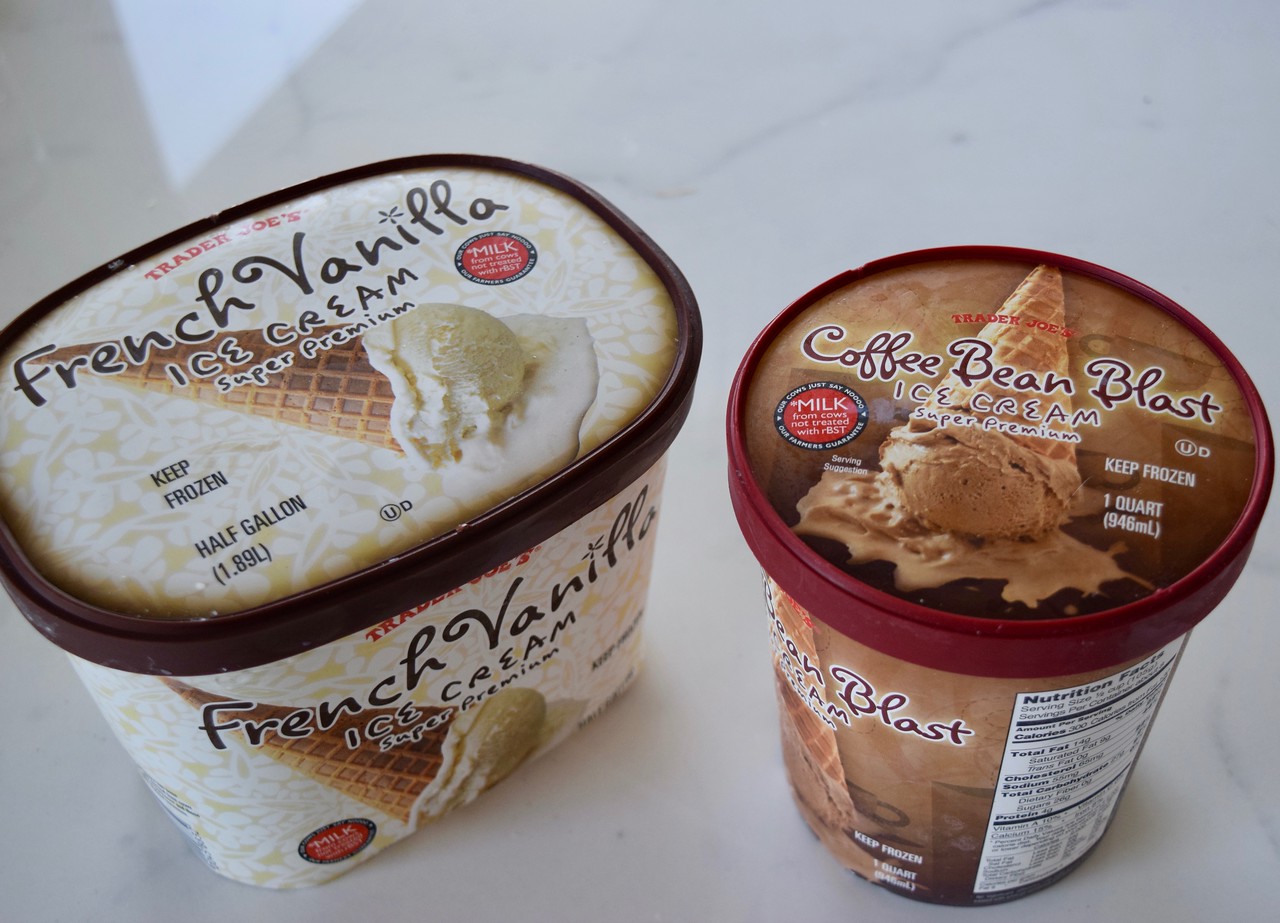 The original hula pie I made with an alarming amount of academic nut ice cream.  This version has that in additional to a layer of coffee ice cream elevating the hula to a mula: the hula and mud pie love child.

I started with a nine-inch pie tin.  I quick baked a Joe Joe’s chocolate crust and painted on a thin layer of hot fudge.  To this I added a leveled-off layer of coffee ice cream. 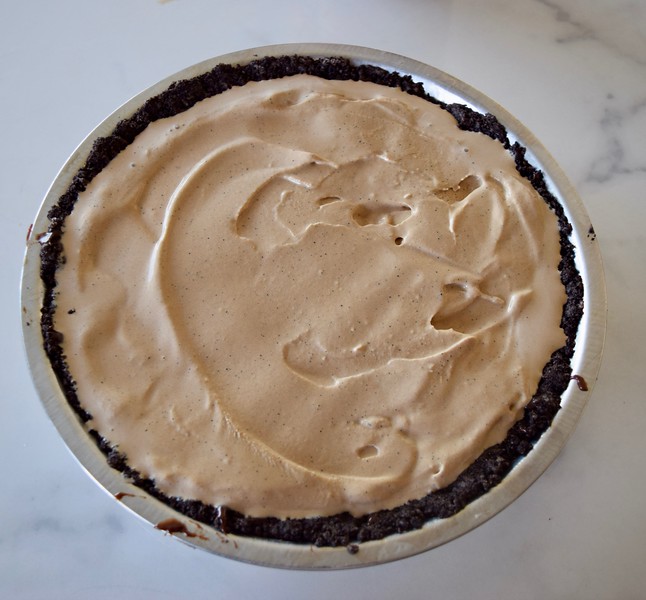 Since macadamia nut ice cream can be hard to find outside of Hawaii, I came across an easy fix (that I really should have come up with on my own): soften the ice cream and then beat-in the macademia nuts.

The trick with the macadamia nut ice cream (that I somehow didn’t photograph) is to use a bowl with the same diameter as the inside of your pie tin.  Line that bowl with plastic wrap and then fill it with the softened ice cream.

This next part is important: freeze both the bowl and pie tin of ice cream over night.  The pieces need to be really, really frozen for what comes next.

Once everything is frozen and the pieces are fit together, it’s time for the fudge.  I’ll tell you, I had a hard time with this.  My suggestion is to have the fudge ready at room temp.  Then place the pie tin on a larger plate and working very quickly, pour out the fudge and “ice” the dome with an off-set spatula.  You are going to have some drippage over the side.  You may have more than some.  Don’t worry about it.  Just know–there will be chocolate all over your kitchen. 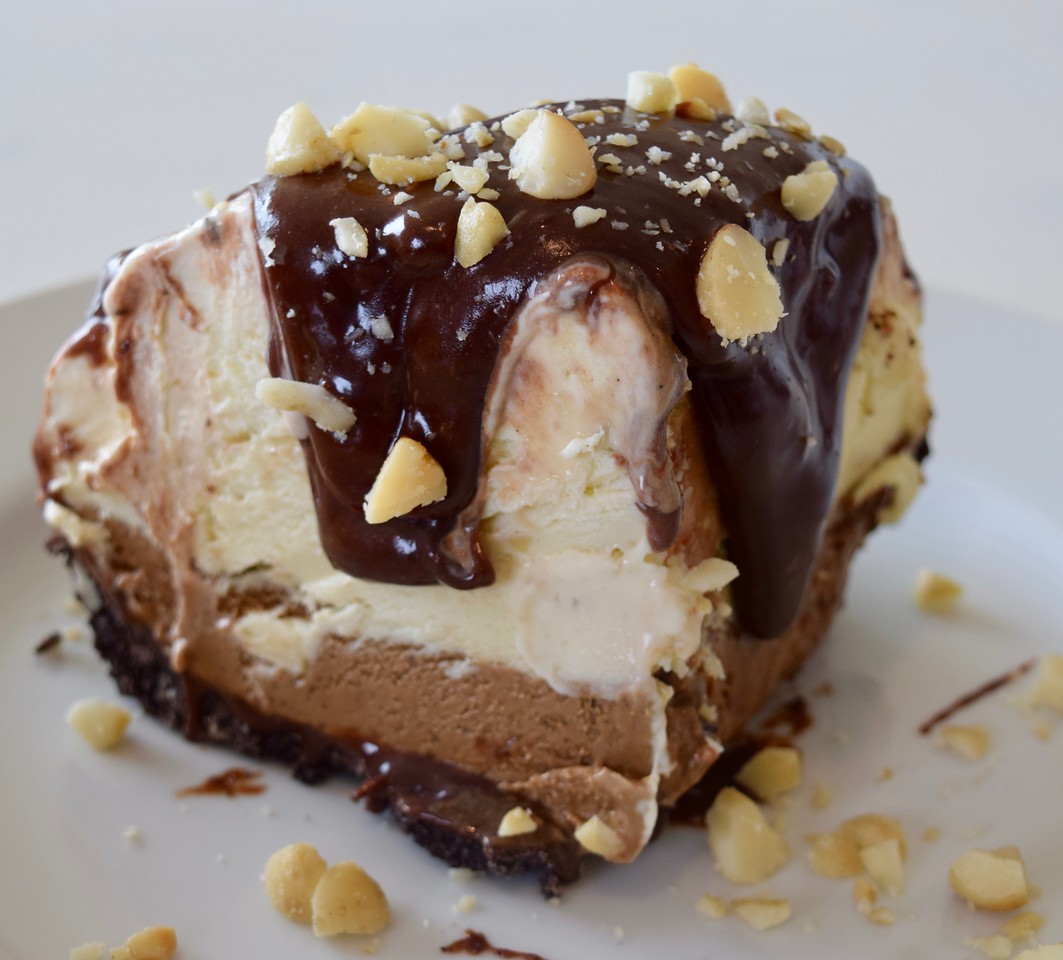 When you are ready to serve, heat up the leftover hot fudge, cut a thick slice.  Smother in the warmed fudge, sprinkle some macadamia nuts and garnish with whipped cream (if you dare).

It took four of us five sittings to get through the entire pie.  It was rough, but we’re not quitters.

for the hot fudge

for the pie (this makes a nine-inch pie, adjust ingredient volume as needed)