I spend a lot of time on the 110 freeway.  My daily commute is 22 miles each way: 40 minutes in the morning, 60 in the evening.   This is a statement of fact, not a complaint.  As La La Land so melodiously exposits: if you live in Los Angeles, you commute (unless you are TD and then you just walk down the hall).

[Tidbit: the opening scene takes place on the 105 E expressway transition to the 110 N which is odd because that ‘aint how you get to Hollywood.  Normally this wouldn’t mean anything except this movie is a tribute to the industry which means everyone included in the homage knows exactly where that scene takes place.  Another inaccuracy: Hollywood peeps don’t slum it in the South Bay–no matter how good the jazz.  LA’s South Bay is to LA’s mid-city as  LA is to New York.  Apparently beach living is too easy for the actor set.  Venice being the exception for some reason. And yes, I realize that I may be the only person in LA…nay…the entire country who isn’t totally gaga over La La. For the record, I didn’t like the English Patient either so, there you go.]

But back to my commute.  On the way in, I listen to the radio.  Usually a combo of KROQ and KCRW.  It’s dark and I want to know what’s going on in the world (okay, KROQ isn’t super great for the latter but it’s an institution).  One the way home I usually listen to audible and podcasts. 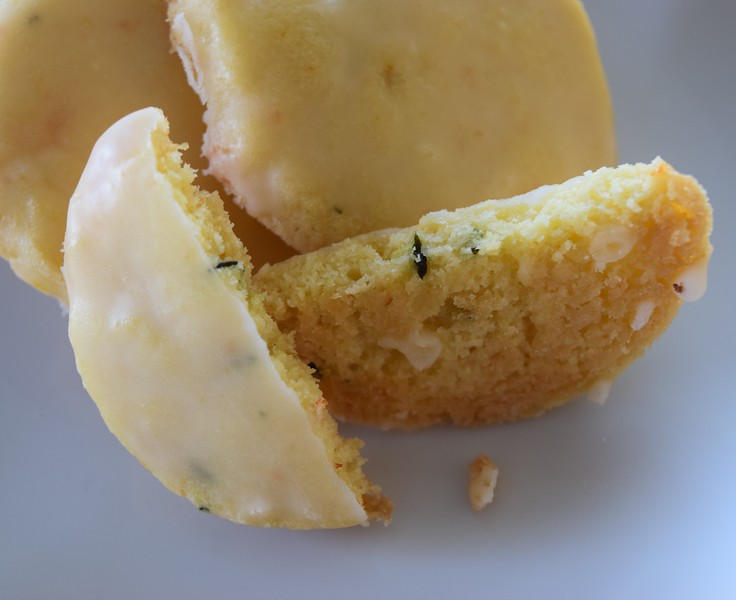 One of the things I like to think about are new recipes (I’ve never claimed the thoughts were deep).  I find it very enjoyable to think about flavor and texture combinations.  I’ve come up with some really great ones over the years.  The only problem is that about 90% of the time whatever it is I’ve been thinking about immediately flits out of my noggin’ upon arrival at the gym, or home or wherever my after-work destination that day happens to be. 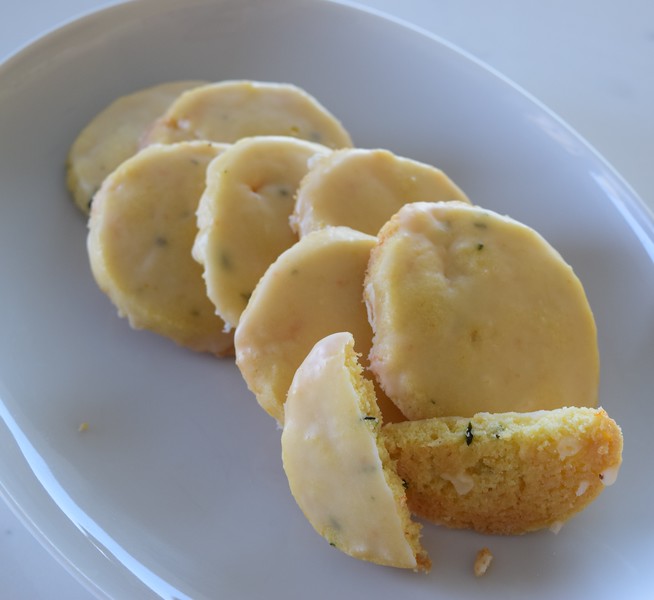 Luckily, this one stuck: basil and citrus in a cookie.  And then I had to sit on it for four months until I had a kitchen.  Mwah mwah.

The original idea included basil and candied citrus zest.  However, when it came down to it, I got lazy and subbed-in fresh tangerine zest for the candied.  To get the flavors really infused, I added the zest and chopped basil to the sugar and allowed everything to mingle for a couple of hours (this would make a fantastic sugar scrub).

The results were a surprise hit!

adapted from the French Vanilla Sables in Dorie’s Cookies