What if I told you there exists a velvet cake where the red comes not from food coloring but from the passionate, 350 degree chemistry between cocoa and red wine?

Read on, and I will show you the way. 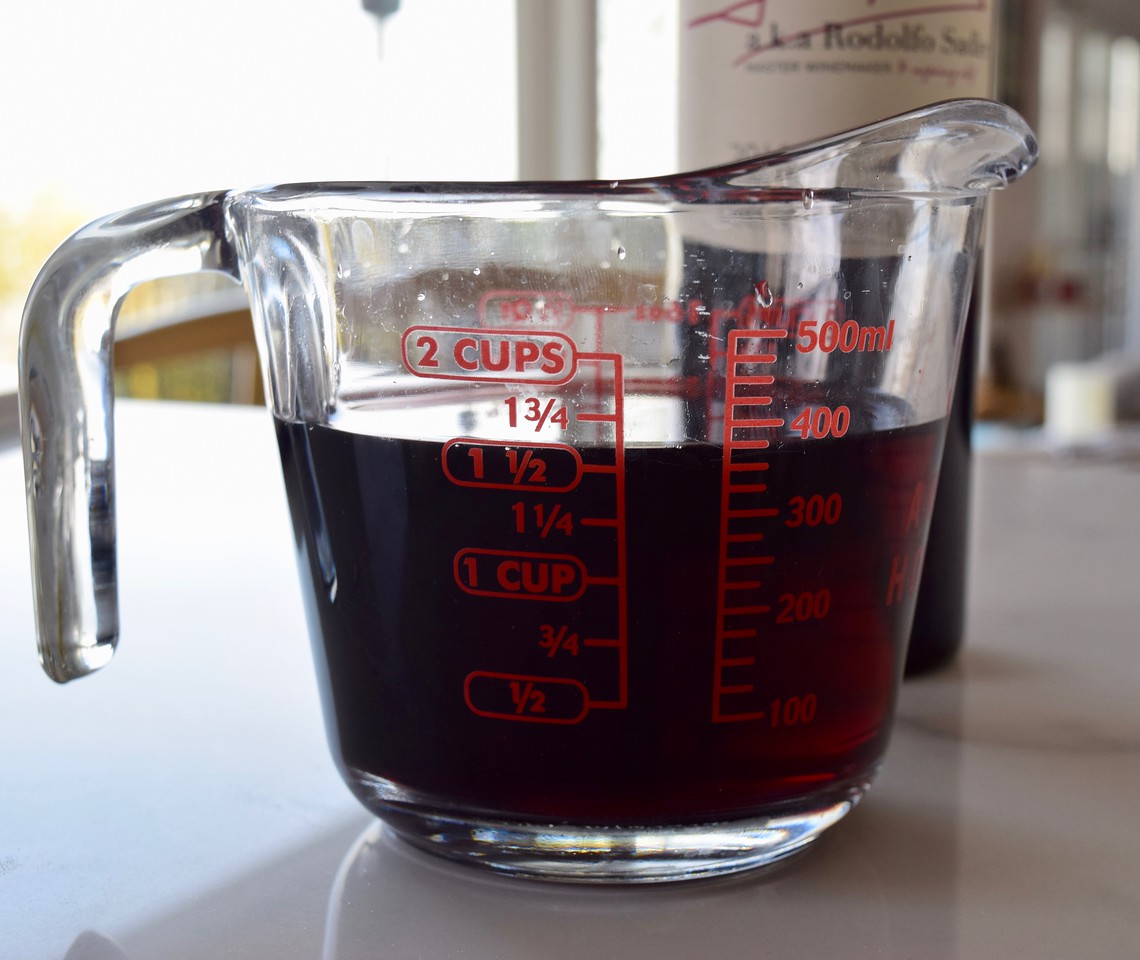 The red (wine) velvet cake is Stella Parks’ (of Bravetart) take on taking on the ridiculous amount of red dye that’s in contemporary red velvet cake.   According to Ms. Parks, food science is the key here.  Raw cocoa powder comes together with red wine in an explosion of anthocyanins creating the the red in red velvet a little more naturally.  And really, can you think of a situation where 3 ounces of food coloring is a better idea than 12 ounces of a dry red wine and half a cup of cocoa powder?  I know you can’t because it doesn’t exist.

Truth time.  I didn’t use raw cocoa.  I used normal, old valhrona.  Did it make my cake less red?  Probably. 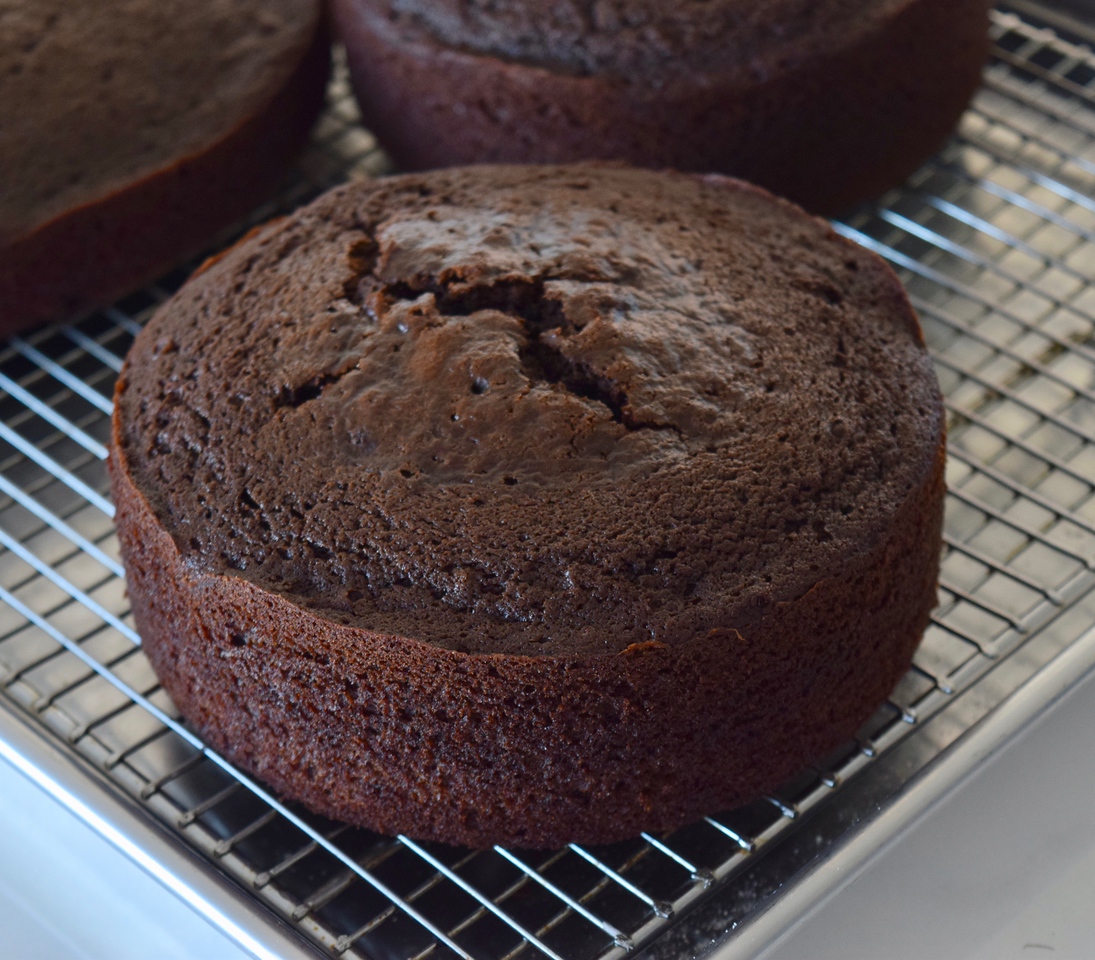 But, it wasn’t supposed to be the bright red of what we think of as red velvet in today’s terms.  Even with roasted cocoa, the red wine gave this rich chocolatey cake very pretty hennaed highlights.

Now we all know caked decorating isn’t really my jam, but I couldn’t resist dressing her up a little for Valentines Day, what with the chemical reactions and the chocolate and the wine. 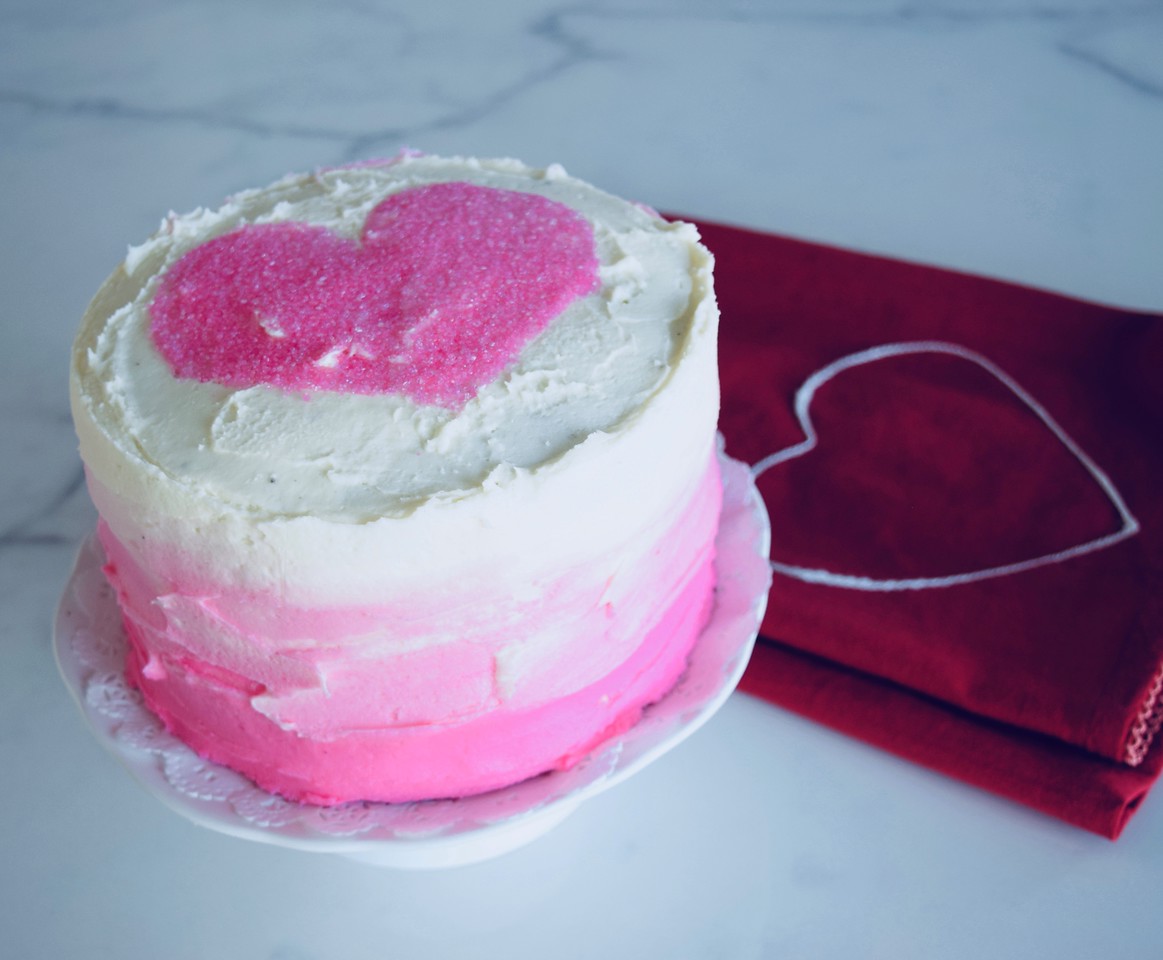 I used my favorite cream cheese frosting recipe (listed below), and, unable to resist the food coloring siren completely, had a little fun with pink. 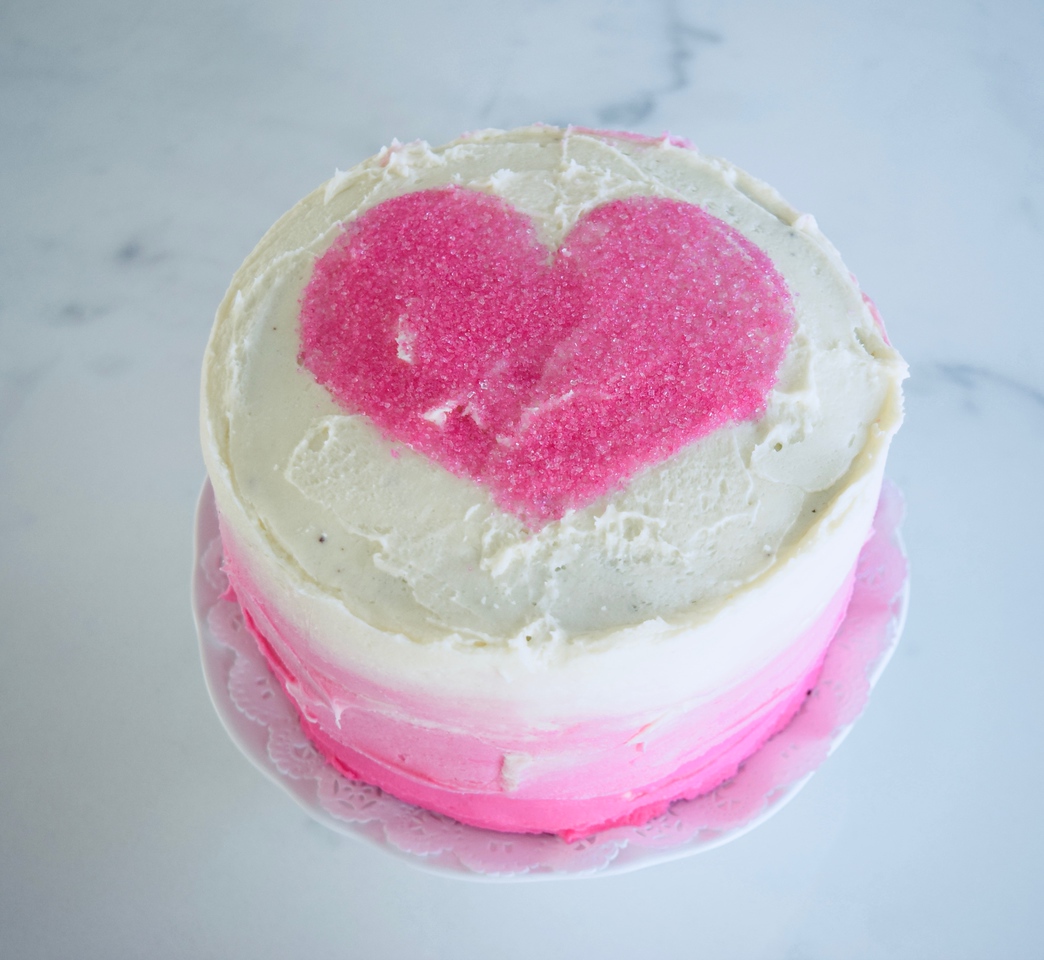 From a flavor perspective, this cake doesn’t taste like what we’ve come to know as red velvet.  When you compare ingredient lists, it shouldn’t.  Starting with the red wine and much more cocoa than my red velvet cake recipe, this red velvet also has just a hint of cinnamon. It is rich, decadent and special.

And before you ask, it doesn’t taste like win.  That’s what the other 13 ounces left in your bottle of wine are for.

A note here on the recipe versus the pictures.  This recipe makes A LOT of cake.  As written, it makes 3, nine inch layers at about two and a half inches high.  For the pictures, I made two very thick six inch cakes (which I split to make four layers) and one normal nine inch layer.  That nine-inch layer is going to guest star with some ice cream and a little chemistry of it’s own in a couple of posts.  But, my point is that I think you could half the recipe and get a very respectable double layer eight or nine inch cake.