Admission time: I was very late to the Great British Bake-Off party.  Like I don’t think we started watching until fall of 2015 late (five seasons in if my research is correct).

People kept telling me I should watch it.  However, I’m a lackadaisical television viewer at best and downright neglectful at worst (like if I can’t immediately find the remote I don’t bother).  Also, with the exception of Top Chef, reality competition shows aren’t really my jam.  I think its because I was writing my dissertation (ie living under a rock) when Survivor kicked-off and so basically missed that genre’s bus.

Luckily I finally got the hint about the Great British Bake-Off and tried an episode.  From the first episode, TD and I have been periodically hooked.  The show is delightful.  Since I’m the last person on the planet to join in, you don’t need me to tell you all the reasons why. But I’ll give you two.  First, I love how nice everyone is.  I know that respect and cooperation are not generally considered the cornerstones of good reality TV.  But here (as in real life), it shines.   Second, the amazing baked goods (just call me captain obvious).  I’ve taken quite a bit of inspiration from the novel-to-us-in-the-U.S. bakes.

We made puff pastry in the baking course I took a few years ago.  And while I loved making it, puff pastry, like most laminated doughs isn’t really worth the time and effort.  In the full recipe you beat a block of butter into submission and then try to incorporate it into the dough by carefully rolling it in over many turns (there are more steps but they’re tedious and you don’t care).

However, rough puff is an entirely different story.  It’s kind of a combination of traditional laminated puff and pie dough.  The key is frozen, grated butter.

The reason we love puff pastry is in the name.  All of those beautiful layers of crisp and tender dough that surround any number of delicacies are as impressive to look at as they are delicious to eat.  This recipe achieves this through  three turns of the dough.  Turns refer to the laminating process whereby the dough is rolled out, folded, rested in the fridge and then the process is repeated.

Why should you make your own rough puff?  Well, it’s fun for starters.  With a little patience, it’s easy to make.  It’s also economical.  Puff pastry retails for about $5.50 for just over a pound (.32 per ounce).  The only real cost in rough puff is the butter.  Nice middle of the road domestic butter costs about $5 a pound where I live (or .31 an ounce).  The recipe calls for 13 TBS, or about 6.5 ounces of butter to yield a pound of dough.  That’s about $2 in butter.  Add in another .50 for flour and it’s still less than half the cost of store bought.  Finally, it’s probably better quality.  Pepperidge Farm is the king of puff (not bashing on them–I use it all the time).  However, if you check the ingredient list you’ll find that butter is not one of them.  They use shortening instead.  Shortening absolutely has its place in flakey pastry (it has a higher fat content than butter from a density perspective and so can create a more tender bite).  However, everyone knows butter tastes better. 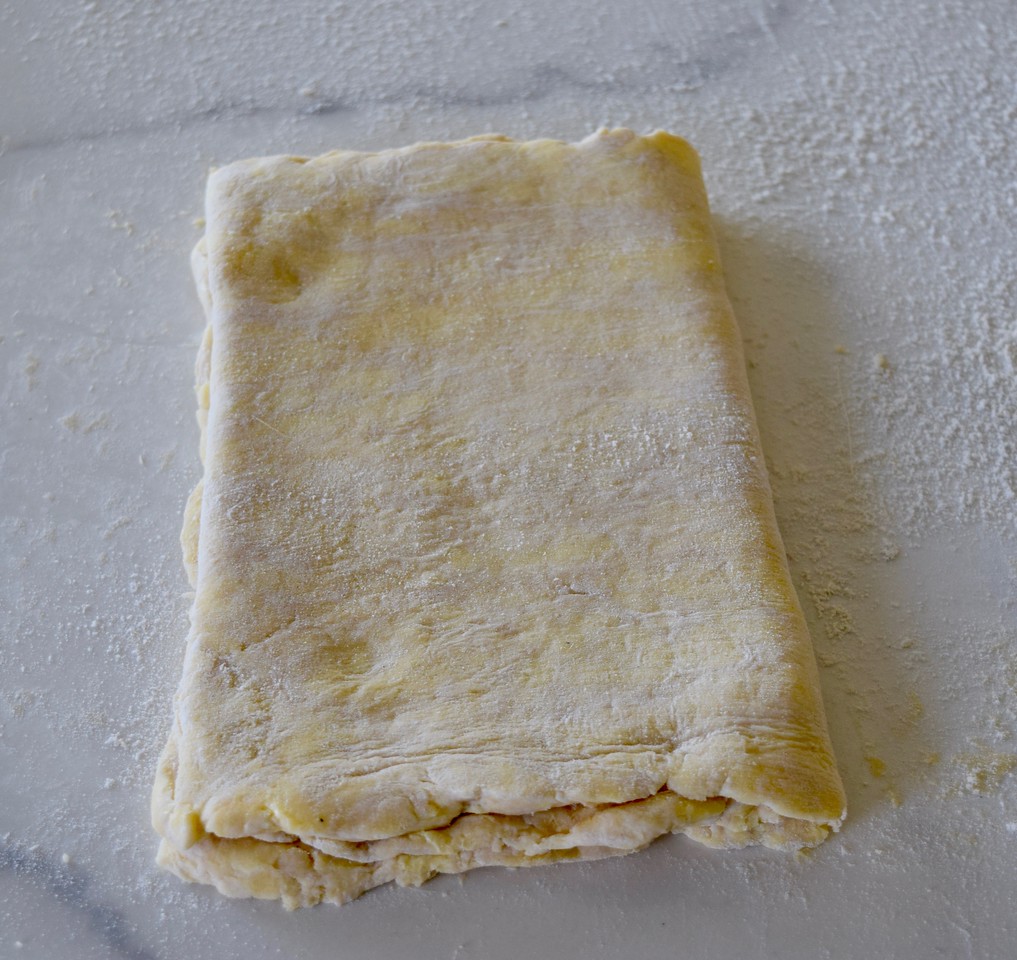 If I still haven’t convinced you to make your own,  at least hear me out for the next two weeks.  I’m going to show you what I made with my rough puff. 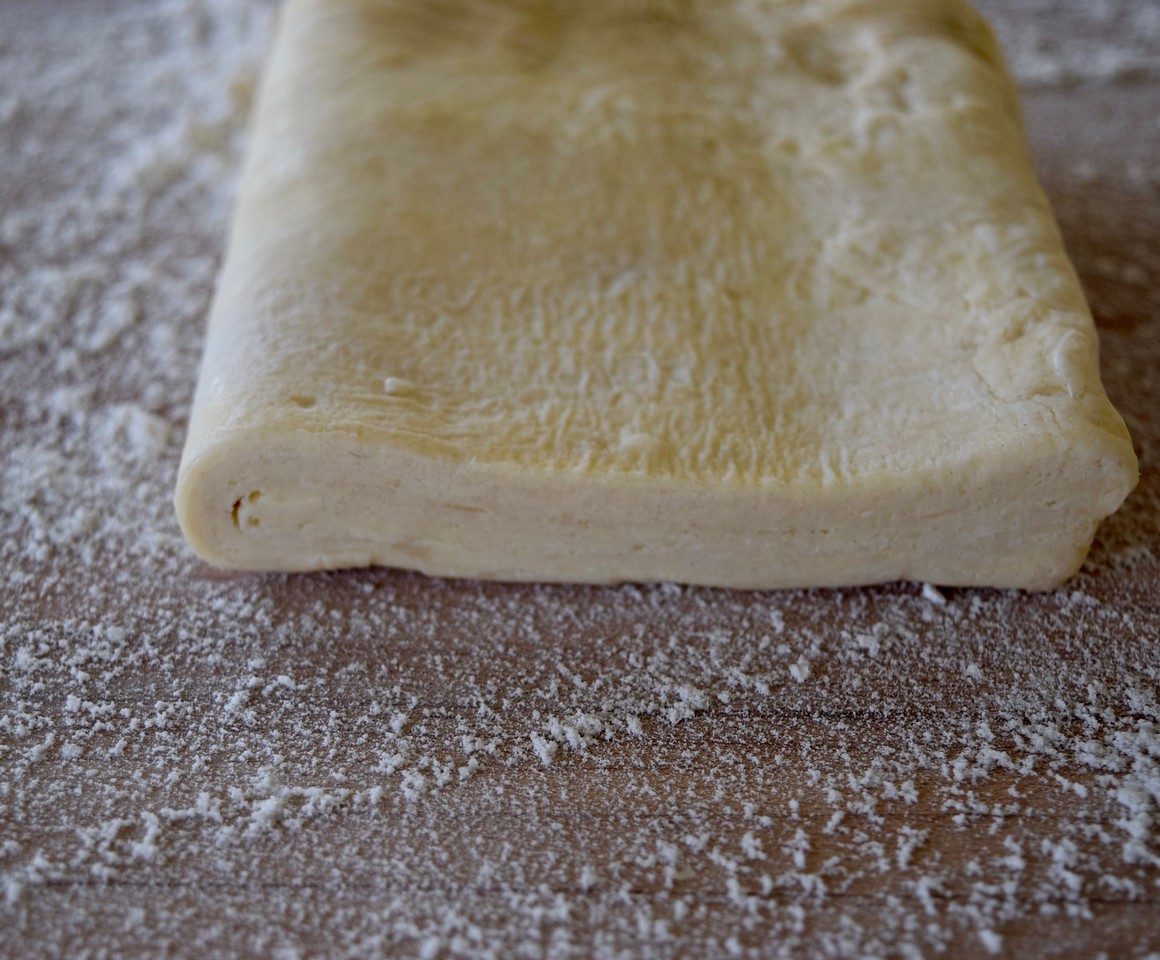 not adapted even a little from Epicurious