TD here!  Against her better judgment, TMH turned over the keys to the kingdom this week.

Fair Warning:  This post really has no point.  It’s simply a grab for cash to augment a continually escalating budget.  If you are looking for renovation progress, recipes or salvation, check back next week.  Or maybe the week after.  Now, on with the show!

3.  Light that budget on fire

Since we’ve had no takers on the indecent proposal scenario, it’s come to this.

Crap from Via Corona

This week and this week only we’re offering you (yes, you!) the once-in-a-lifetime opportunity to purchase a genuine chunk of Via Corona history.

That’s right, we’re selling the actual items the actual previous owners actually left in the house!  You can have it all!  My empire of dirt!

Before you get all up in arms about our responsibility to return all of this to the original owners, you need to know that we gave them an additional week to move out after closing on the house.  My generosity knows no bounds!

Before the bidding begins, please remember that these treasured items are sold as collections only.  No substitutions.  Meet or exceed the minimum bid in the next 48 hours and this  valuable loot could be a heaping pile on your doorstep in as little as 7 to 10 business weeks (shipping and handling not included).

We begin the bidding with a menagerie of medication.

If you’ve been under the weather in the last 20 years, do we have the collection for you!

As they say South of the border, “patada el tempora de frio y gripe en el culo”  with this fine collection of vintage medicines (handy Spanish translator HERE for those of you who didn’t take two semesters of Spanish at SIU).

This collection has everything!  Three bottles of Zicam Nasal Spray (two unused!).  Zicam claims it actually shortens the cold.  Great news if you had that cold in 2007 because these babies expired in July of that year!

Let’s say you had strep throat, pneumonia or a pesky skin, middle ear or urinary tract infection a decade ago.  I’m assuming Gimalxina would have handled it, but who knows because the instructions are completely in Spanish.  So go ahead and shove fistfuls of Gimalxina in your pie hole if you want.  The only way you can die from ingesting this much amoxicilina (whatever that is) would be to choke on the bottle cap, because this bottle . . . (dramatic pause) . . . ALSO expired in ’07!

And while we’re . . . um . . . South of the Border, say Montezuma took his revenge on you – again back in ’07.  I’m sure this unopened box of Imodium A-D would have been just what El Medico ordered!

“But TD”, you say.  “I’m an insufferable hipster and only do vintage.  Do you have any antique medicines?  Stuff from before the turn of the century?”

The year was 1997 . . . the Packers beat the Patriots in the Super Bowl, Bill Clinton was President and the average cost of a new house was $124,100.  In August of ’97 an unused jar of Vicks Vaporub expired, but it did not die in vain.  It still has the pungent odor of your grandma’s nightstand, so smear a gob of this goo on your chest and breathe freely like the American hero you are you magnificent bastard!

At this point you’re definitely thinking a collection that includes an adult diaper and a feminine napkin can’t get much better, and on that point you’d be 3000% wrong!  How about Norelco Cool Skin electric razor with charging station (power cord not included)?  To say nothing of the Hollywood Beauty brand carrot oil to control split ends (Warning:  bottle coated in carrot oil).  How ’bout a Sweet 16 sheer bandages from Long’s Drugs (a company ceased to exist in 2008), a genuine lemon flavored sucker of unknown provenance or Coricidin!  Coricidin!  Coricidin! They’re all here!

Act now and we’ll throw in trace amounts of a 2 oz. can of Isoplus Oil Sheen Hair Spray, “The Hair Doctor in a Can”.

We probably should have called in the Torrance Bomb Squad to handle this weapons-grade stick of comedy/sexual dynamite.  See, it’s a pug . . . but it’s wearing lipstick?!

Next Valentine’s Day you are guaranteed to become instantly irresistible to males, females and everything in-between when you unleash  Pugs & Kisses!

Dinner?  Chocolates?  Roses?  Don’t be a chump.  This card is like stuffing Tom Jones and Teddy Pendergrass in your mailbox.

LOT #3:  THE IT MAKES YOUR MOUTH TURN GREEN COLLECTION

Club Size Comet let’s you “step up in da club” as the kids say with the only environmentally-surly cleanser that’s both highly corrosive to the eyes, skin and respiratory tract and kosher!

And don’t wait until the wall goes up, make your grimy tub great again with Bilingual Comet with Blanqueador.  Whether you scrub in English or Spanish you’re sure to see a scratch-free shine from here to wherever the manufacturing jobs went!

Order before midnight tonight and we’ll add the random can of Ajax which is proudly made in ‘Murica (or Connecticut) by hard working people like you.

Deal with it, Kemosabe.  Sh*t’s getting real. 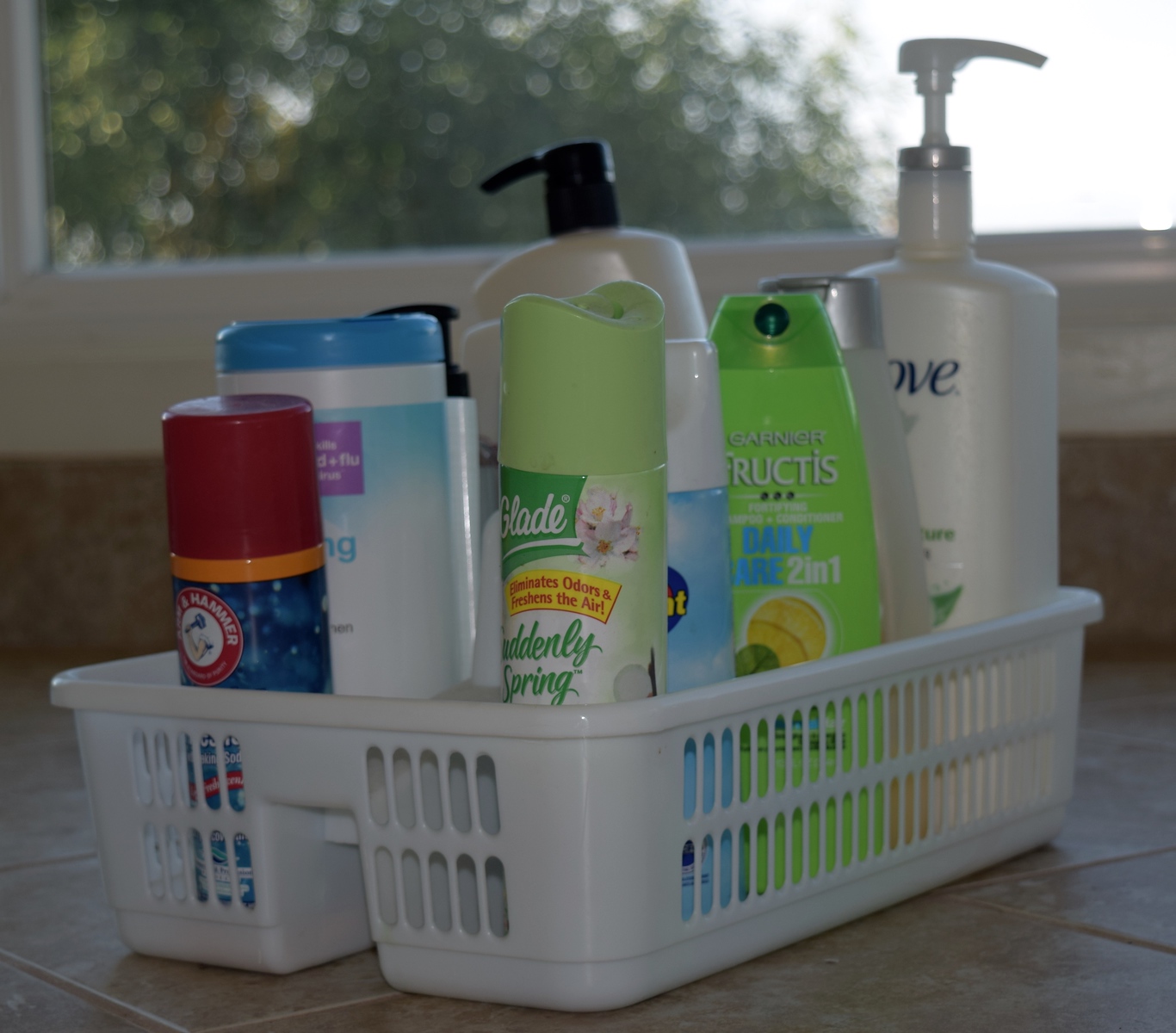 Never in your life has a set of moderately used toiletries made you so appealing to the opposite sex.  This fabulous package includes:

Yep he’s the one slouching in the back making your heart beat just a little faster.  From the curvature of the bottle to his handy pump dispenser, this controversial 40 oz. bottle of Kirkland’s Signature Hydrating Conditioner says, “I got you, follicle!”  Controversial, you ask?  Indubitably.

A summary glance on the Interwebs suggests you can’t even buy the 40 oz. bottle anymore.  It would appear that BIG CONDITIONER sold out to the Commies and now you can only get it in the metric 1 liter (33.8 oz.) size.

The price tag says, $14.65, but can you really put a price on sticking it to BIG CONDITIONER?

Clear the Air:  Finally friends, reek no more with out fine collection of air fresheners.  Here we’re offering a mostly full 7 oz. can of Arm & Hammer Deodorizing Air Freshener or try Glade’s Suddenly Spring Sorpresa de Primavera scent for the times you might need to “suppress your primavera” if you know what I’m saying.

BUT WAIT!  THERE’S MORE!  Act now and we’ll throw in the moderately-used-yet rarely-cleaned shower caddy in the photo!

LOT #5:  THE LET THERE BE LIGHT COLLECTION

If you’re a Philly sports fan, this lot is your jawn!  We’ve got 25 batteries.  Mostly of the popular D cell variety in a plastic box to go with a flood light and an ironically non-functional flashlight.

You wanna chuck batteries at Peter Freaking Bourjos for hitting a buck-ninety-five?  Now you can!  With this veritable sh*tload of Cold War Era batteries, it’s a safe bet your arm will get tired long before security wrestles you to the ground! 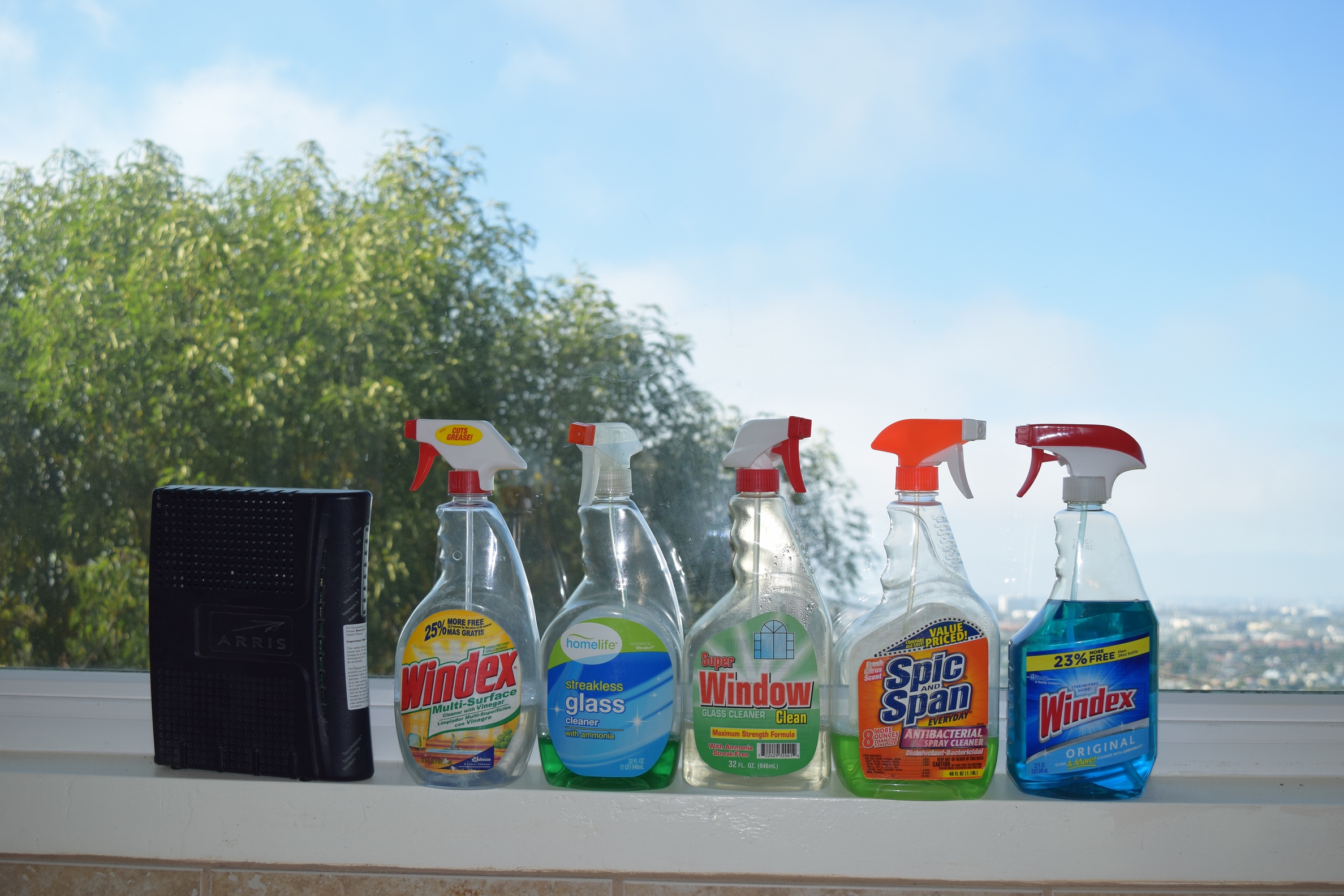 Say you shot a man in Reno just to watch him die?  Your crime scene will be spic and span in a jiffy with this exciting double lot of cleansers.

*Spic and Span and Jiffy not included.

At this point you’re asking yourself, “Am I even man/woman enough to own this many half-empty cleaning products?”  The short answer is probably not.

But what it we threw in three serving platters and a digital telephone modem?  Fact is, you’d still probably be a pantywaist, but you’d also be a pantywaist with exactly two cans of roach spray.  One for you and one for that special someone.

Minimum Bid for Lot #6:  Make us an offer.  As long as that offer is north of $1,000 simoleons, it’s done.  Done like the dinner you’re serving on those kick-ass platters.

If you’ve been sitting on the sidelines, get ready to reach for your wallet.  We’ve saved the best for last.

Can’t decide to rub or scratch?  Do both with this genuine Las Vegas combo back scratcher/massager (Made in China).

Finally, you’re the King of the World with seven photos of a Windjammer Cruise you did not go on!

Order in the next 20 minutes and we’ll throw in that funky stain on the carpet absolutely FREE.

Just look at that sweet, sweet Windjammer Bar, dammit!  There’s not another living soul in any of these photos, so make up some story about the time you were on a ghost ship!

Look at you, you’re not even sure how to act right now.  And why are you still reading this?  Make moves, my friend. Make moves.

I’m sure TMH will be back next week to add some much needed class and decorum to the proceedings, but let me remind you that I’m serious as a syphillis about selling this crap.

Everything must go and operators are standing by so don’t just stand there Tiger Mom-ing or Leaning In or whatever you call it.  See, see you future.  Be, be your future.  May, may, make your future!

As long as I’m shilling, one last thing:  Season 2 of one of my shows, the BattleFrog College Championship premieres next Thursday at 9:30 PM ET on ESPN.  Episodes 2 & 3 are both at 8:00 PM ET Friday and Saturday also on ESPN.  My partners and I worked really hard on it for a very long time and it would make me happy if you would watch it. Not to put too fine a point on it but, Via Corona’s future kind of relies on you and all your friends watching but hey, no pressure!

Next up, Episode 5: Zhushing the rectangle

One thought on “All that you can’t leave behind”